It is often talked about, but more and more whisky is being created in France. Today we are going to organize a "rooster fight" between two French blenders: LA MAISON BENJAMIN KEUNTZ and A. REBOREL DE CLIMENS. It won't be a real fight of course because in France we know how to stick together (the rooster is still the only bird that crows even the feet in the ... peat to be polite -NDLR-)!

The two blenders have decided to highlight the French terroirs and in particular among the things that France knows how to do best: Wine. They don't distill directly but have formed an alliance and work in close collaboration with French distilleries and are committed to using barley produced in France: they produce 100% French whiskies (cock-a-doodle-doo, you can see he's singing).

So in the right corner, I'm going to start with the Parisian BENJAMIN KEUNTZ. He's a whisky publisher right next to the Arc de Triomphe in the City of Lights, Paris. He likes whisky and things well done. In the press he is already compared to John GLASER (who is he?? 😉). For today's whisky, AUX PARTICULES VINES edition #2, as for a good part of his production, he has his whisky distilled in Lorraine by the ROZELIEURES distillery. 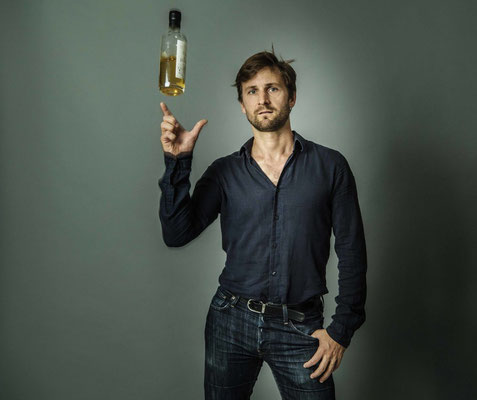 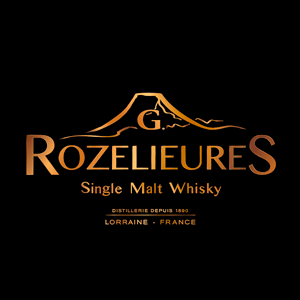 In the left corner, AYMERIC ROBOREL DE CLIMENS. He is an oenologist in the Bordeaux region and produces his whiskies as vintages of wine. Like his colleague, the FINITION SEMILLON, he has his whisky distilled in Alsace at the HEPP Distillery. 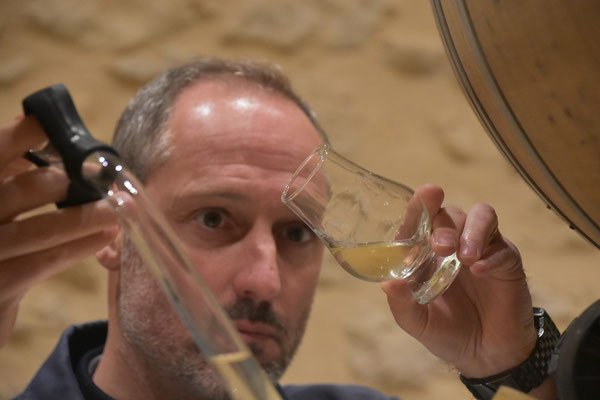 What our two blenders have in common is the finishing of some of their whiskies in French wine casks. The first one has already tried its hand in Bourgogne (PULIGNY-MONTRACHET 1ER CRU) with success with its first AUX PARTICULES VINES (award-winning) and now goes to the Bordeaux territories on both sides of the Garonne with its n°2 (right bank) and its n°3 (left bank). 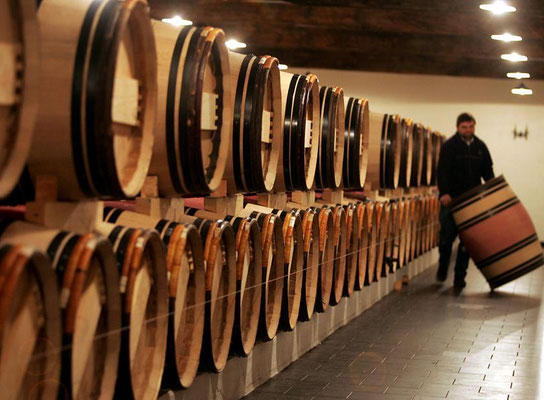 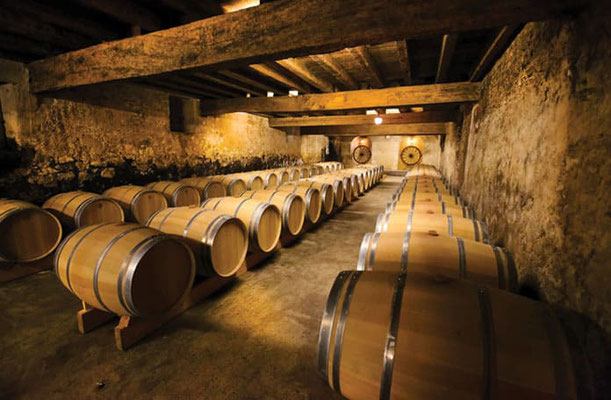 I know, you're going to say a barrel of red wine and a barrel of sweet white wine ! But you will see many similarities. On the strength side, AUX PARTICULES VINES #2 is 57.9% brut de fûûts while FINITION SEMILLON is 46%.

So how does it all look like now that our mouths are "watering"?

Both whiskies are adorned with beautiful golden colours, but paradoxically, in view of the announcement of the finishes, AUX PARTICULES VINES #2 is lighter, although turning to a light copper colour, than FINITION SEMILLON, which is almost brown. This is a bit of a paradox that can be encountered with single malts finished in Xeres casks, which are sometimes adorned with almost red dresses, whereas we are in the presence of a "white" wine. Nevertheless, both colours are quite remarkable and make you want to dive into the nose.

Let's start with THE SPECIAL WINES #2. A farandole of fruit: The nose is obviously coated with alcohol (57.9% anyway). But very quickly accustomed, it very quickly discerns beautiful aromas of well-ripened pear almost stewed (the contribution of the wine barrel which comes to my taste brings a lot to the Lorrain distillate by making its pears ripen). Afterwards, when it has taken some air, the nose still discerns pear but this last one leaves more room for redder fruits, bringing this whisky closer to a sherry finish. At the third passage, the pear disappears and gives way to a more woody or even slightly honeyed note.

The comparison is a bit easier and clearer on the nose by adding a drop of water which will kill the alcohol and let the Lorraine (and its pear) take its full place.

When the nose plunges into FINITION SEMILLON, it is more coated by heat. The alcohol is logically less present and in fact leaves more room for the ripe fruits of the orchard (apricots, ripe plums). Surprise at the second passage the smoke! And yes, this whisky is slightly peaty (20 ppm), hence a certain heat. Come out again from these volutes of smoke and discover citrus fruits. On the other hand, all Lorraine that it is no williams on the horizon.

And in the mouth?

AUX PARTICULES VINES is straight from the collar, it puts the whole ripe pear in your mouth! One moment (very short because it's still a whisky we're talking about), I think back to my grandfather's Williams, when he used to grow the bottles on the pear tree in spring (RIP grandpa !!). But as it is very ripe, it crushes and lets its sugar and candied notes pass through and warms your palate with a very slightly smoky taste! Very nice trip in Modern Lorraine! The impact of the cask will come out more on a long finish. This whisky leaves in the mouth a mix between the harshness of the red wine and a background of almond!

For FINITION SEMILLON, the entry in mouth is softer (less alcohol obliges). It is immediately unctuous and warm. The sugar content and smoothness of the Sauternes cask is more marked than for red wine (quite logically). It is more like an apricot compote. The peat felt is almost absent (as if absorbed by the sugar). The warmth of the late-harvested grapes would almost come out in the mouth. It is this memory that will remain in the throat for quite a long time.

In the end, if the wine cask finish that comes to round and warm the malted barley distillates certainly has a good future (and could even perhaps become a real French touch), it will be quite difficult to make a choice in these two works.

If you want a more frank whisky from the neck, as they say, but which brings fruity aromas, it will be more towards THE SPECIAL WINES #2 that you will go. If you want a whisky more charged with the sun of the south of France and in roundness like a ripe vine in September you will go towards FINISHING SEMILLON. On the other hand it is always cooler in Paris (I know I live there !!) than in Bordeaux (Seb !). In any case enough to make a good impression and make you forget the pear to grandpa who was arriving at the end of the meal !

Anyway, the contribution of the work of BENJAMIN KEUNTZ and AYMERIC ROBOREL DE CLIMENS is quite commendable : long live France (a touch of personal chauvinism). 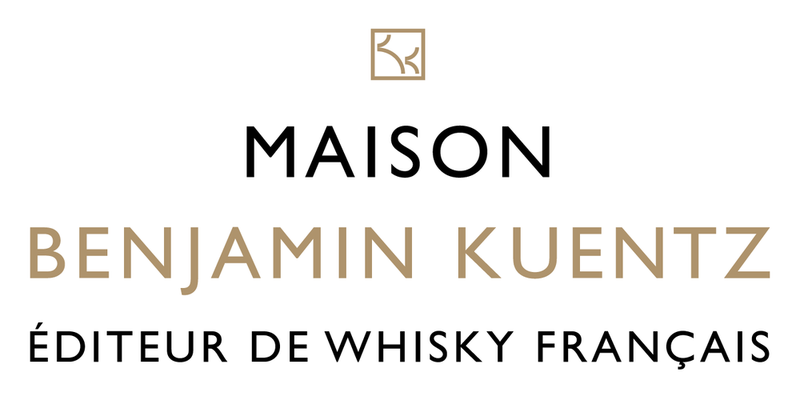 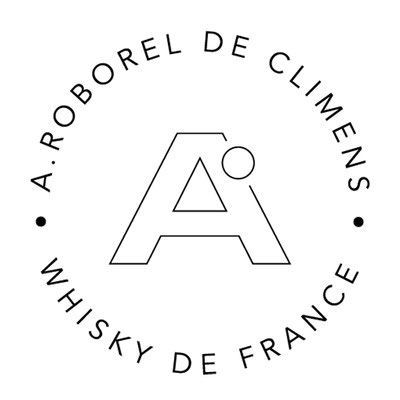 Back to comparisons
All peatdream.com tasting note
Main menu