It is in Udaipur in southern Rajasthan that we will taste the most Scottish of Indian whiskies.

Riding our Royal Enfield, my wife and I arrive in the city of Udaipur, sneaking between the many pedestrians, sacred cows and stray dogs. Direction, the palace of Rânâ on the shores of Lake Pichola: the City palace. We leave the bike in the main courtyard under the supervision of a magnificent pachyderm. We get lost in the maze of corridors and rooms of the magnificent Maharaja's palace but finally arrive on the highest terrace certainly the best place to taste our whisky. In front of us is Lake Pichola surrounded by the hills of the foothills of the Rajasthan desert and in the middle of which stands the Lake Palace scene of the backgammon game between James Bond and the vile Kamal Khan in Octopussy.

As I pull out my bottle of Amrut Fusion and prepare to pour its dark gold liquid into our glasses, the setting sun penetrates through the multicoloured tiles adorning the bow-window behind us like a magical kaleidoscope. This sensation darkens the liquid that now flows into our glasses.

When you carry it on your nose, the mixture of barley, half from the foothills of the Hymalaya (a trademark of Amrut) and half slightly peaty imported from Scotland, is not obvious. However, it must play on the complexity of the aromas.

While the 50 ° makes my wife's eyes wrinkle, there are sweet smells of honey but also woody scents that could be found on a Scottish. During a second passage, the exotic contributions are more marked with the arrival of citrus fruits, frangipani flowers and spices. You really have to project yourself at length into the aromas and close your eyes to feel the slight hint of peat.

Nevertheless, the magic of fusion is beginning to work: in front of us, on the right if the arid mountain still lets us see the Maharaja's summer palace in the distance, on our left it is transformed and takes the greener colours of the Scottish valleys at the top of which we now see the ghostly and colourful Kelburn castle which does not differ from the colours of India; and we have not yet tasted it !

It is when it is in the mouth that the fusion really happens: the powerful liquid develops the aromas of malted barley but on which are added more exotic flavours of fruits such as pineapple and mango. Preserved a little in the mouth, the aromas mix together to give a thick gingerbread sensation. Scotland has met India well when you swallow the drink and feel very slightly salty notes from the Atlantic coast.

The hint of peat only comes next on a long, fresh and spicy finish!

We have just had a great experience with this exotic whisky from this Bengalore distillery, which is no less exotic but which is now recognised by the greatest experts.

It is images full of head that we return to our Royal Enfield (hoping that the elephant has not crushed it) and especially before the Maharaja's guard gets his hands on us! 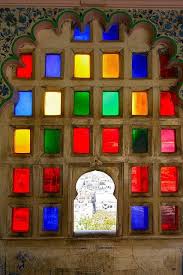 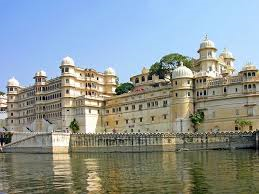 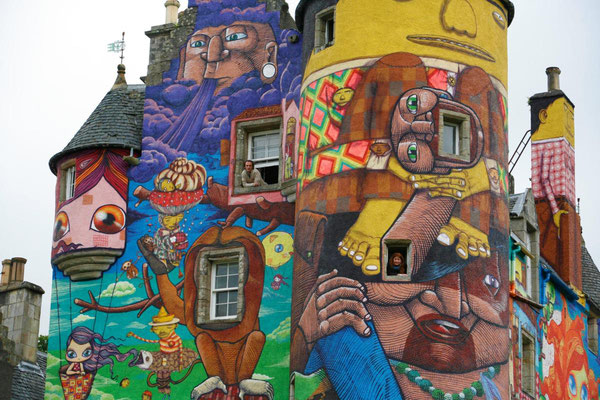