Let me tell you a story.

20 people from Europe gathered at the foot of Lochranza Castle, invited by Miss J (for anonymity) to choose the star of the year. The liquid that will once again prove that Arran is one of the greats.

She offered them 3 bottles filled with liquid skilfully chosen by Mr. J (for anonymity).

For hours they debasted the golden color of the liquid that the angels had left to age in bourbon barrels.

Their noses were enchanted and excited, some by exotic fruits, bananas, others by aromas of smoke or freshness (that a long time in a barrel could have left. One of the guests got up and went to get some water at Loch na Davie to activate and develop the aromas. The debates were already intense.

Then came the time for the tasting. The powerful and full-bodied liquids filled the palates, developing their aromas. The tastes of fruit, honey, vanilla filled the mouths and only reinforced the discussions, the number 1, not the number 3, but not the number 2... the exchanges of pleasure were dense!

But the time came to choose, the debates intensified and it was not easy to decide who would win.

Suddenly, a noise emerged from the thickets next to the ruins. The debates stopped. The assembly was overwhelmed because a magnificent white stag appeared in front of them. He walked towards the three bottles in silence and then came to call his nose on the first one whose brandy had been distilled in 2008 and had since remained in 4 barrels of bourbon. The deer washed his head and went back into the mountains. The choice was made: the deer had spoken and everyone agreed.

Each of the guests left for their country, their eyes and heads full of images and magnificent smells.

In fact, it has been an honor to be one of the 20 and to participate in the choice of the 4th episode WHITE STAG ARRAN. Tasting and enjoying a magnificent whisky is fine, but starting from a blank page to find the aromas and tastes is another! What a great experience. 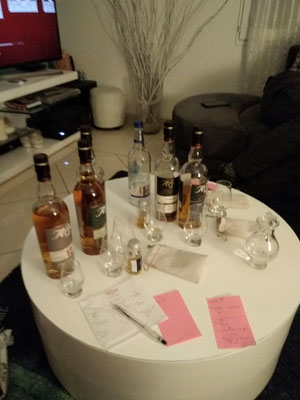 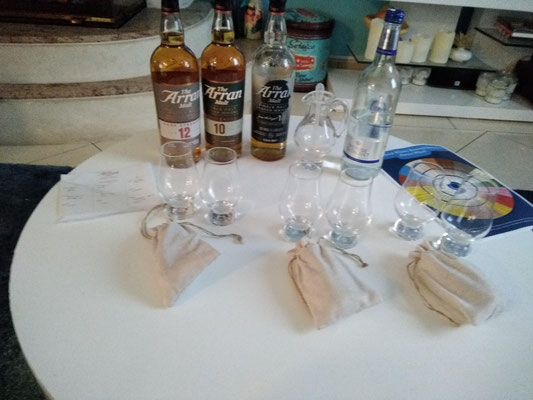 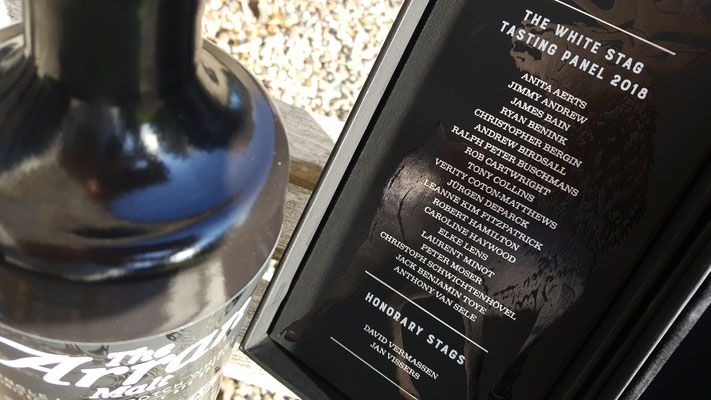