In the latter part of the 18th century, in one of his poems, the whisky-loving Scottish bard ROBERT BURNS wrote: "Dare to be honest and fear no work. We believe in honesty, passion and progress.

You'll say "he's gone back to one of his history classes instead of talking to us about whisky"! Well no, if I refer to this great Scottish poet, it is simply because he is closely linked to the young LOCHLEA distillery I am going to talk to you about today, and whose already famous and highly sought-after Lochlea Sowing Edition 2021 we are going to taste.

Today, I bring you to the other whisky region, the LOWLANDS in the south of Scotland, more precisely in Ayshire on the banks of the Firth of Clyde.

When you leave Glasgow, it will take you only 30 minutes to reach a farm surrounded by barley fields south of the town of Kilmarnock. A white dot surrounded by waiting casks amidst the green of the fields... one of Scotland's newest arrivals, the McGeoch Family Distillery.


But before discovering this distillery, let's come back to our dear Robert Burns, often quoted as a reference in the whisky world ! The teams here are proud to say that the LOCHLEA distillery is the only one which can be proud to quote him as a former resident. Indeed, it is here (and not elsewhere), in what was then called LOCHLEA FARM, that he earned his living during 7 years (between 1777 and 1784) working in the fields. It was also here that he was inspired to write some of the poetry for which he is best known. If that's not a reference. So much so that the sentence I shared with you above appears on the distillery's logo.

The LOCHLEA distillery is very involved in environmental protection. It only takes a few steps to find yourself in the fields that produce the Lauréate barley that the teams will distil in the two stills.

It is in honour of agricultural crops that the limited series was launched, the first expression of which we are going to taste today (its translation means sowing after all!).

The former pigsty now houses the mash tun, the 6 washbacks (where the liquid can remain from 68 to 112 hours) and the two chubby stills. As in many distilleries, the two stills do not hide and watch the barley grow, whose juices they will soon boil (here, no mystery, the barley clearly sees where and how it will end up! Editor's note). 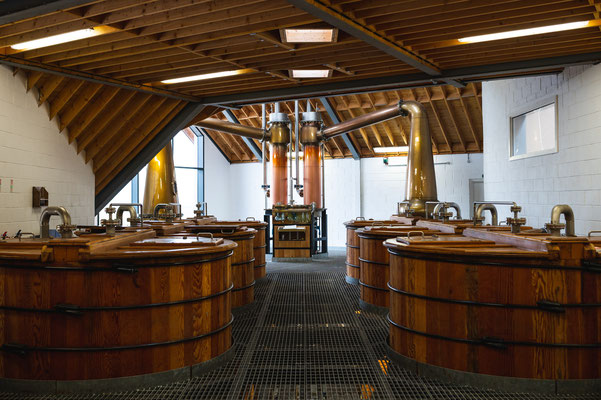 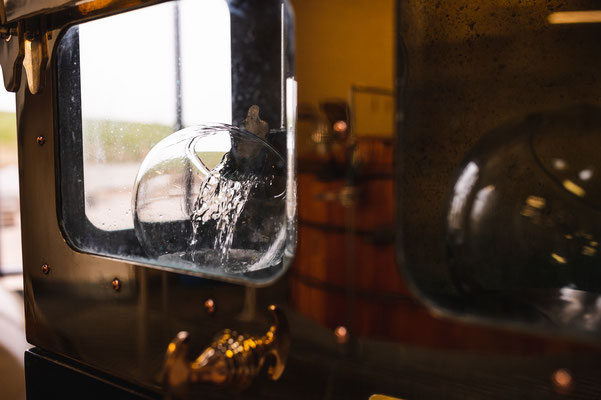 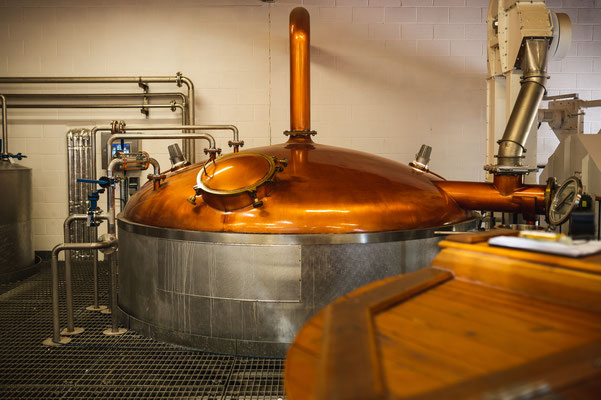 The facilities were designed by Malcolm Rennie (who had previously worked at Ardbeg, Kilchoman and Bruichladdich) when the business started in 2017.

But his role was more related to the start-up of the distillery, as it is now run by another whisky expert: John Campbell (formerly of Laphroaig). And when you think that the whisky from here is not peated !

The warehouses contain all sorts of casks: old bourbon casks (with a Maker's Mark on the bottom), sherry casks from Jerez, casks with the name Laphroaig on them and even French Cabernet Sauvignon casks.

Let's go on with the discovery of our SOWING Edition and especially with its tasting.

Let's remind you that the distillery is recent and that's why the first productions have been quickly classified as "rarities". Few are indeed those who can say "I have tasted the LOCHLEA FIRST RELEASE" released at the end of 2021 (let's remember here that the distillery has only been producing since 2018).

Nevertheless, things are about to change, because in July 2022, a new LOCHEA OUR BARLEY will be released, which will be regular.

But let's get back to our tasting of the day. It is part of a limited series (which could certainly have a nice annual life to delight collectors) of seasonal whiskies released as the fields of the LOCHLEA farm are worked.

Logically, it is the first of the range and was released at sowing time. Its deep gold colour with copper highlights makes no doubt about the ageing it has undergone: a little more than 3 years in ex-bourbon casks (let's start with the base!).

The distillery should not stop there, because as the action in the field goes on, 3 little brothers will come along:

- HARVEST Edition at the time of the barley harvest, which is now partly aged in Port casks;

- FALLOW Edition at the time of the fallowing of the fields at the end of the year, with a trip to Spain with an ageing in Sherry Oloroso casks

- PLOUGHING Edition which will be released in winter, logically at the time of ploughing, and which promises us a touch of peat with an ageing in ex-Laphroaig casks.

A whole programme that I hope to share with you soon.

Let's dip our nose in the glass!

The first nose shows a great freshness but also fruity notes of peach and ripe pear. There is also a hint of pepper and barley from the next field.

The second pass will switch to a vanilla biscuit and more warmth. Personally, I can even detect a hint of raspberry (quite surprising, by the way).

The third pass will be loaded with citrus and spices (which tickles the nostril) and reveals a slight aniseed touch.

In the palm of the hand, it is clearly the field next to the distillery that reveals itself but one can nevertheless find a hint of fruit.

This is clearly the world of sweetness. A distillery situated at about 1 hour drive south in the Lowlands, but a bit more oriented towards peat (for which I already gave you a tasting here) would call it SPPM (Sweet Part Par Million). I think we could measure them here!

For such a young whisky, it already shows a certain complexity and is even quite sweet in alcohol despite its 48% vol ABV.

It enters the mouth softly and warmly. A hint of spice (pepper and ginger) then reveals itself quite quickly and rises more and more in the mouth, going so far as to overwhelm it. Nevertheless, it remains creamy and thick and quite contained in terms of power. It has a bit of a harsh woody side (which just unmasks its young age) but all on very soft notes. The spices hang on the tongue throughout the tasting.

When it goes down the throat, it has a fairly long finish, first on a citrus note but soon on clear bourbon cask notes. Its 48% seems to reveal itself in the belly by releasing some heat.

I think that for an "almost first draft", this whisky shows a nice maturity. We can feel that the touch of an expert has been there (to our great joy!).

We hear here and there that the distillery is planning to offer whiskies with an indication of age (but this will be for later... we'll see).

In France, if you want to experience the sweetness of the Lowlands, you'll have to keep an eye on the DUGAS CLUB EXPERT website (directly here) to get your hands on one of the next LOCHLEA bottles, or go to the DUGAS EXHIBITION at Carreau du Temple exhibition in Paris in September (something tells me that there will be a LOCHLEA stand!).