Any good visit to Galway cannot be imagined without a visit to High Street at Freeney's bar.

It is here in one of the whiskey temples that you can discover new products. So you think I've been there. This is where my story begins. 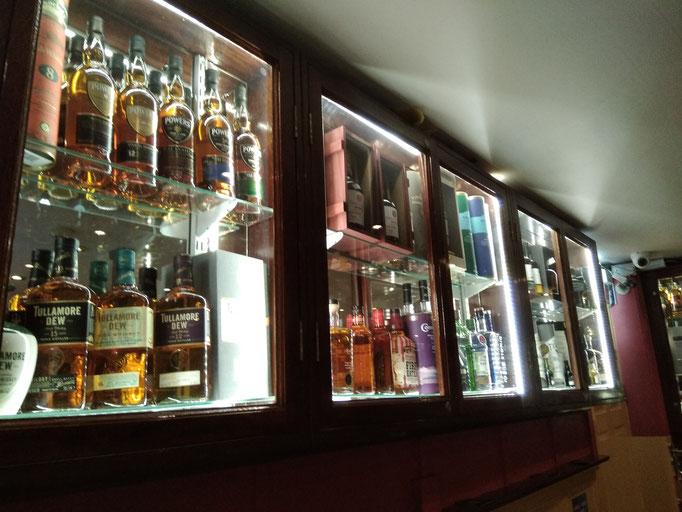 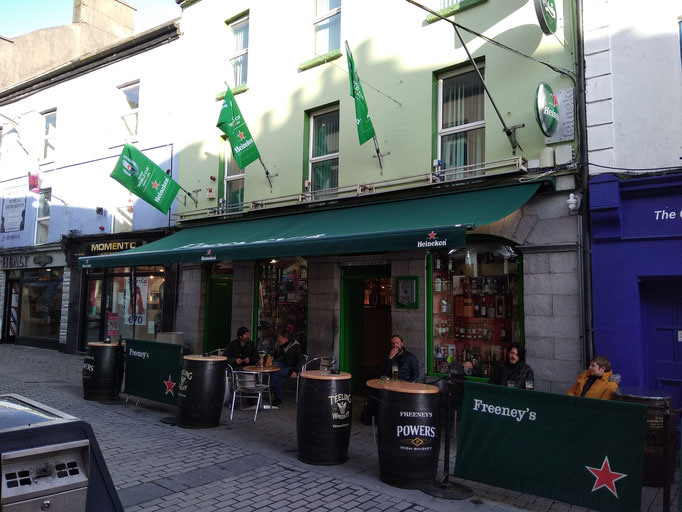 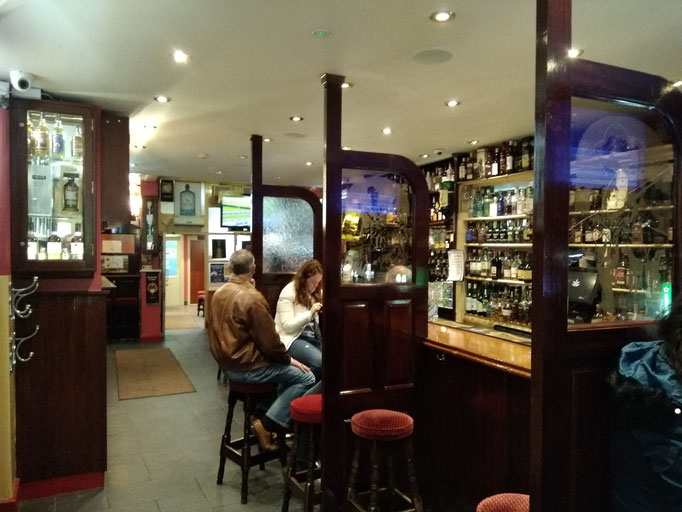 At the bar, using a Guinness (Irish welcome required), the bartender handed me a note signed Richard. He gave me an appointment in Oughterard (20 km from there) the next day at dawn to see the sunrise aboard the Wild Atlantic Bus on the banks of the Lough Corrib and taste an exceptional whiskey. What a mysterious but beautiful program! But before that I had to spend the evening in the warm atmosphere of Galway's old medieval streets.

I found myself before dawn, in a fog as you can only see in Connemara, in front of Oughterard's Power's Thatch Pub (and its wall decorated with a magnificent salmon trout) still asleep.

I wasn't very far away anymore. The word indicated that you had to leave the main road and head for the Lough.

So I got into the fog on this winding road and arrived after a few minutes near a jay on the edge of the lough. It was at that moment that I saw the green imperial bus appear in the mist as it was taking its well-deserved retirement. It was as if planted in the pasture and on its pediment it read "Wild Atlantic Bus". I was there. Its windows revealed a glow and a comfortable layout far from the one who had once equipped it. However, a quick glance allowed me to see that it was empty.

A little further on, after an outdoor shower cubicle that seemed to be made for the brave in such latitudes, I saw the glow of a brazier.

It was by getting closer to it that I finally found my man. Richard, priority of the place, always wearing his cap. As usual, he was all smiles despite the early hours. On the brazier sausages, bacon and black pudding slices: a real "Irish Breakfast" worthy of the name. Time to greet each other, we had to get down to business to make the most of the sunrise.

As often in Connemara the weather was changing and the fog was beginning to clear. Also, this tasting session seemed to be going well.

Richard then got up and asked me to accompany him to a hollow tree just next to the bus. He plunged his arm into the trunk of the latter as if to take out a good old bottle of local poteen but extracted a bottle of whiskey with a yellow label. He told me: "I'm going to make you taste the best Irish whiskey of 2019". He had in his hands a bottle of IRISHMAN 17 YEARS SINGLE CASK!

We returned to the water's edge and landed on a large trunk. The time had almost come.

Richard served the drinks. A very dark golden, almost brown liquid flowed through it (quite unusual for an Irish whiskey!).

We have quietly let time go by and this whiskey opens in the glass and releases the aromas stored for 17 years. Richard took the opportunity to introduce me to him. It was an IRISHMAN produced by the WALSH family with only 600 stamped copies (only 1 large butt drum).

Like most whiskeys, it had triple distilled (in 1999) but according to a 19th century recipe and especially entirely aged in sherry barrels (sherry butt), which made this liquid a real "Irish Sherry Bomb" (I will register the name !).

The fog was now lifted (until it came back! we were still in Connemara) and we could start to see the sunlight licking the tower of Aughnanure Castle on the other side.

Before tasting this beautiful whiskey, tested as we both were by some of life's challenges, we largely philosophized about its meaning and the need to make the most of it. The importance of family and friends. The importance of the present moment (Richard told me a mysterious story of people making love while parachuting! Editor's note), the pleasure of travelling... Enough to put us in the best conditions for our tasting adventure.

The time had come when the sun's rays were now caressing the lough's water.

When the nose plunges into the glass, it deviates from Irish standards because the first notes that appear are quite largely influenced by sherry.

Of course, the first impression is due to the power of the liquid (56% for this cask strength). After adaptation of the nose it is not the citrus fruits as we usually have but more the sugars of dried fruits or exotic fruits that appear. This whiskey brings out as much heat as the air is fresh this morning. On the second pass we still find citrus fruits but as if grilled or candied. The overall atmosphere is very sweet.

On the palate, we are quite surprised by the frank and woody character of this whiskey. Nevertheless, it deserves to be kept in the mouth to develop the fruity aromas felt on the nose. As you walk through the mouth, you pass through the softness of candied citrus fruits, raisins and cinnamon. A little pleasure that completely validates the laurel of the best whiskey of the year.

The long finish is also quite atypical for a whiskey, as it is soft and spicy. You might even feel a little woody harshness, but it is very limited.

It was now under a bright sun (which tended to darken the color of the liquid even more) and in front of the bright waters of the lough Corrib, that we spent a beautiful morning in Connemara next to Sir Richard's Wild Atlantic Bus.

In the distance in the lake we could see a large salmon fly and fall back into the cold waters.