The set started about 20 minutes ago in Ireland with a sunny late afternoon in June. The ride the lightning has just ended. The calm returned for a short while. The Guinness is almost flowing. We are at the Slane Festival at the Metallica concert.

Lars' boutoir blows resume, followed by Robert's big "mi", the Horsemens ovens never leave a break! "Whiskey in the Jar" (the song that makes you thirsty) comes with a bang. Kurk returns with his Les Paul Greeny and James with his Snakebyte. The assaults are only stronger for one of my favorite songs! Life is beautiful at a concert (and I know what I'm talking about, some will understand).

The only real concern of this song is that it is difficult to conceive without a glass of whiskey (we are in Ireland anyway but it can be adapted to all countries). Guinness is no longer enough, we're going to need more, especially when James screams "drink whiskey" several times! It's provoking her.

We are at the Slane Festival in the beautiful setting of the Slane Castle Garden, right next to the brand new Slane distillery (opened just in 2017)! We'll figure something out!!!!!

As the song draws to a close and the band embarks on an ever-tripping "The Unforgiven", we get out of the pit and head for the trees that separate us from the castle. After having followed the Boyne River and bypassed the large Victorian building with grey stones we arrive in front of the old stables which have become....a distillery! Ahh!!!

I have had the opportunity to meet Alex Conyngham twice and I know that the work he did on his single malt by passing it in three different casks is atypical but quite tasty. I hope the "stables" are open!

As we are under the porch of the building, in the distance we can hear "now that we're dead" !  The building is decorated with numerous windows with red shutters.  Once we pass the porch framed by SLANE brand flocked barrels, we come across a large gravel courtyard in the middle of which stands a new barrel of the brand, but above all on which is placed a beautiful black bottle of our elixir of the day.

Before we throw ourselves at it, we're going to remain a gentleman and see if there's a soul living here. We enter what were once the stables and which has sometimes been transformed into a production area (note, however, that the stills present here have been there since the 18th century when the castle was built by Alex's grandfather Conyngham family), sometimes into a storage area or a bar-restaurant for tasting. Everything is done in good taste (we would have expected no less from the host of the premises).

Unfortunately all the buildings, although open, are empty of inhabitants (probably all enjoying Kirk Hammett's guitar solos)! 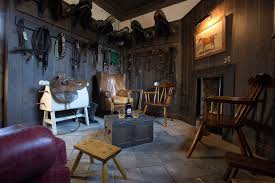 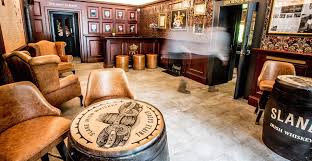 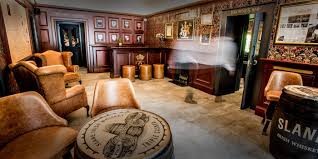 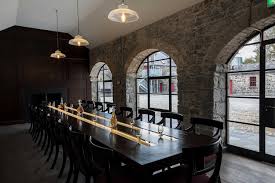 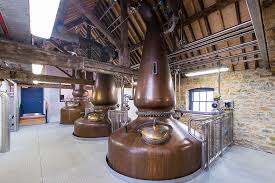 We thus return to the courtyard hoping that the bottle is not a decoy or a simple decoration.

To our big (and good) surprise it is full. We will be able to taste it as it should be. The only glass present (next to the bottle) is a tumbler (it will do the job even if it is not completely optimized for a tasting.

For our tasting it will be the dynamic "moth into flame" that will accompany us.

When I met him, Alex told me about the particularity of this whiskey made from the triple distillation of grain and malt and aged in three different casks (what we would call a triple double in basketball -NDLR-).

For barrels: primarily American barrels (such as the group of the day) produced by the cooperage of Tennessee Brown-Forman.  These barrels are either made of virgin wood to give woody notes, or seasoned in Tennessee whiskey or Bourbon to bring out the caramelized aromas. In parallel, part of the liquid was passed through Sherry Oloroso barrels from Jerez de la Fontera in southern Spain. Everything he told me is supposed to make this whiskey very balanced and sweet.

Only one way to know...taste it!

Already, this sweet blend gives this whiskey a beautiful golden and almost coppery colour and differentiates it quite clearly from all its Irish counterparts.

Although the neck of our glass is a little too flared, it escapes sweet fruity aromas like a normal Irish whiskey. Nevertheless, he reads more woody aromas. During a second pass he adds to these fruits magnificent sweet caramelized scents and announces a whiskey all soft and voluptuous (as Alex had told us). The last notes to arrive are closer to the wood crackling in a fireplace.

In the mouth, the opposite is true. Although light in alcohol (40 °) it enters the mouth with a crash, charging it directly with spices and wood. Nevertheless, if it is frank, this attack is very short and it gives way to a great sweetness and unctuousness with sweet and caramelized aromas. You'd think you had an Irish Fudge in your mouth. When you dare to keep it a little longer, the caramelized taste gives way to flavours that are closer to laid-back and red fruits.

He makes us take a gentle journey.

When "sad but true" is heard from the wide esplanade and we have satisfied our thirst for discovery, the SLANE whiskey, which looks so sweet, leaves the sweetness of a dried grape fugde stuck in the throat for a long time.

After taking a few sips of this new original whiskey, we then returned to the festival to the sound of "Halo on Fire" (ours being rather soft) and for a powerful concert ending as we like them.