We have already had the opportunity to test during a previous tasting, drinking a good whisky while listening to good music is always pleasant.

So, when we finally learned that PEARL JAM was finally coming back to France in the summer of 2020 (8 years since the last concert, at last!), I thought it was the opportunity to test the LANGSKIP of WOLFBURN that one of the most rockers of the Brand Amassador had made me discover: MARK WESTMORLAND. Okay I know Eddie Vedder is more of a fan of "red wine" but we're not going to be chauvinistic !

So here's a little playlist that will accompany us while I tell you a few things about the distillery and tell you about the journey that this whisky makes us take.

Eddie Vedder launches out with his long nights ("Long Nights"), I pour this clear whisky into the glass to give him time to aerate to the sound of the floors, fas, back of the Eddie guitar.

It is clear indeed because he spent his life in a barrel of bourbon of first filling (states like Pearl Jam).

Looking at the glass, I get lost listening to the song and hearing Eddie sing "I'm falling, I am falling safely to the ground..." (I fall, I fall safely on the ground), I think of Titi and Steph who would have been so happy to go to next summer's concert and I think maybe that's why we came out of that dirty concert hall alive in November 2015. But I'm sorry, I'm getting lost.

Let's let the whiskey take another breath and keep an eye out. The swinging rhythm of "Around the Bend" sends us directly into the North Sea aboard a Viking Drakkar (a Longship in English or a LANGSKIP in Gaelic, hold on surprising -NDLR-). The boat arrives directly from the Orkney Strait to the Thurso Bay wharf. Direction not far from the port the WOLFBURN distillery created in 1821.

For the record, the latter in no way takes its name from the fact that wolves were burned here (despite its logo), but simply from the river that provides it with the water for the distillation, which is called Wolf (Burn meaning river in Scottish in the text -NDLR-). 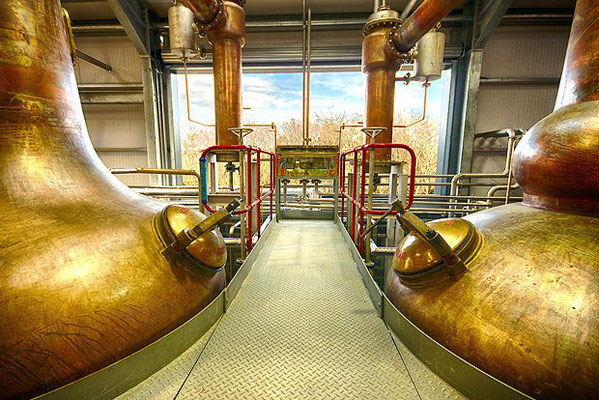 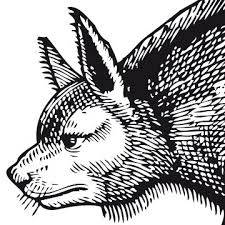 The road is still a little long until the tasting, so let's let Eddie and his band get started on "The Long Road".

Finally, it was the opportunity to grab the glass and bring it closer to his nose (not yet too close).

The first aromas that emerge are paradoxically sweet, like the beginning of the song. They have very ripe apple smells but still on their branch (hence some woody smells).

Let's finish the song before we start, I chose it deliberately long to make the pleasure last and let the mind wander.

Wait 1 minute for the song to start. When you put the whisky in your mouth, the music goes up and Eddie says "a wave came crashin like a fist to the jaw" and I promise you you'll feel the blow. This whisky is powerful in the mouth (58%). It is marine but also sweet. He invaded the mouth and threw handfuls of still warm dried fruit at it. It dries your taste buds with nuts and then rewettles them again to add a chocolate and vanilla taste. It even leaves the bitterness of ginger in a corner.

With each drink, the chorus starts again, you'd think it was getting louder and louder.

When you swallow, on the chords of "Nothing as it seems", the final note is quite long. Like the song, it comes and goes and lets bitter sweet notes catch on" and all that he frees, a little bittersweet, it's home" accompanied by vanilla.

What a beautiful musical journey (as often with PEARL JAM)...

I give you a "Fatal", "Come back", "Nothingman" and "Gone" to start the tasting again.

The "Alive" that ends the playlist is a gift. It is the image of life since 2015 and above all a dedication to my Brother with whom I will be next July on the lawn of the Lollapalooza in Paris!