In the heart of Scotland, south of the highlands, there is a mysterious country: Loch Lomond. On its banks is a distillery of the same name with a tumultuous history. It was created in 1814 but closed 3 years later without giving a real scotch time to get out of its barrels.

It reopened its doors in 1965 in Arrochar, which was bought by Littlemill. It would be nothing more or less than the oldest distillery under Scottish licence (it is not me who says it is just marked on one of the cogs of the distillery).

It even hosted eccise officials for a time in the 18th century (see Peetreekers tasting), which would validate its position as the first and oldest licensed Scotch whisky distillery. 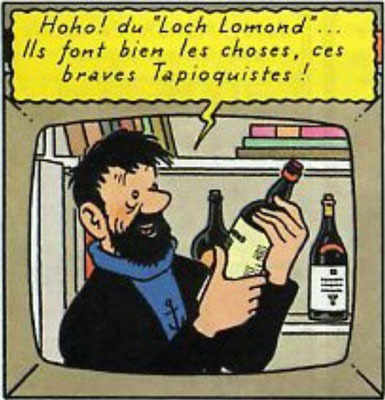 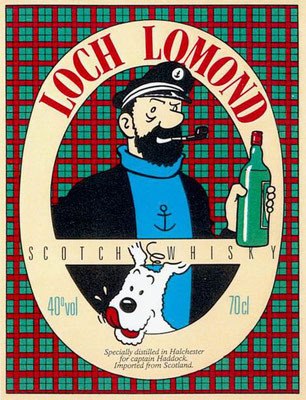 It should also be noted that this whisky was Captain Haddock's favourite (for whisky and comic book lovers - Editor's note).

Sorry for this little history lesson but, without wanting to wake up the expert quarrels over the oldest distillery (and we're not talking about Ireland yet!!! Editor's note), it was necessary to introduce Loch Lomond (Glen Scotia, High Commisionner, Inchmoan - the peat version - NDLR- and Glengarry) and his Inchmurrin range.

In the middle of the famous Loch (Lomond -NDLR-) is an island: Inchmurrin. He thinks it is wonderful, but above all he thinks that it has a unique character and that it stands out in LochLomond whiskies.

The one we are going to taste today is the Inchmurrin madeira wood finish. As its name suggests after having been made in oak barrels for some time, this whisky has finished maturing in barrels that have already been used to make Madeira wine.

The liquid darkened to a beautiful brown gold colour as a result of ageing in the barrels that contained sweet wine from Madeira Island.

The first impression that emerges on the nose is that of an influx of oranges and citrus fruits, but also a certain strength linked to 46°. After getting some air back, the nose perceives aromas of marzipan and nutmeg.

In the mouth, the strength of the 46° disappears quickly enough to leave delicacy by bringing pear and fig flavours to the mouth. One could even discover notes of walnuts certainly brought by the wood of the barrel.

Once swallowed, this whisky leaves in the mouth the typical dryness of the wine's tannin and the woody aromas of oak.