It is a nice gift from Douglas Laing on this special Easter because it takes place in the garden and no further (it is forbidden).

But before tasting it Fred Laing (and his moustache) and Cara (and her smile) make us travel a little in the Highlands, between The Dalmore and Brora (just that and we think we're in the right place) and brings us to INVERGORDON on the edge of Cromarty Firth Bay. 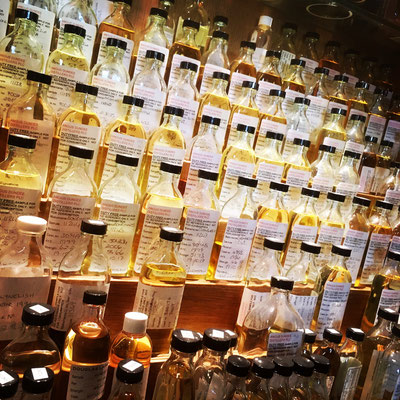 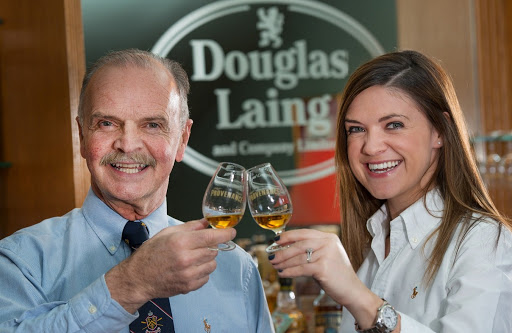 He brings us to the queen distillery of single grain since 1961, with a whisky that stayed 22 years in a bourbon cask. No fuss, the real thing, without addition or filtration.

Single Grain, you tell me, what is it? Well simply, it's not only barley but also corn and wheat. And beside that a continuous distillation. At INVERGORDON it goes through a coffey still (the coffey still which of course has nothing to do with coffee but just that it was created by Aeneas Coffey and allows to distil other grains than malted barley). 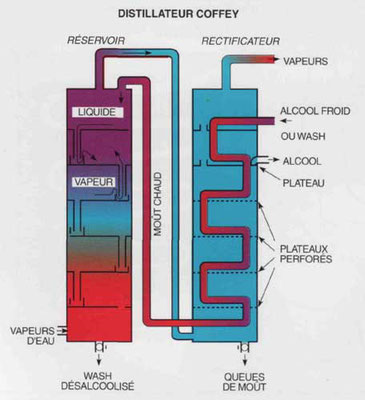 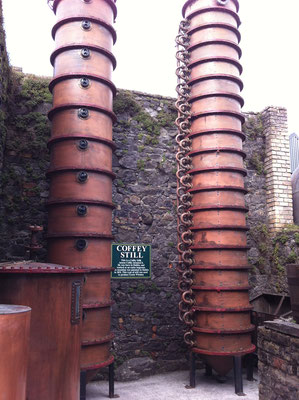 And so to please us, the Laing family allows us to taste a distillate which dates back to May 1997 but which is generally quite rare as it is only used to enhance the taste of Gordon & Macphail's blends (in this case) to be tasted directly.

Nevertheless, it deserves a little tasting:

When the nose plunges into it, you can tell it's made for Easter and to be paired with chocolates. But even if for the moment no chocolates (they are still in the garden and I'm waiting for the children to bring me their harvest). Beautiful notes of vanilla and caramel candy come at the top of this distillate. Its pure character (I recall without fuss, without water just straight from the cask) makes it nevertheless "only" 48.9% (22 years spent in a cask and a few strokes of the angels got the better of its strength) and it does not attack the nose. It brings just a little spicy and cinnamon notes. After getting some air, the nose will detect the slightly more citrusy notes brought by the barrel itself. In any case, the overall nose should not be mistaken, we are in the presence of a single grain.

If you add water to it, it will completely release its caramel candy character.

While I'm still waiting for the chocolate eggs that the children will want to leave me, I taste it. And I wonder if there will be any need for it, because in the mouth it is relatively sweet with nice notes of vanilla and cinnamon. Of course, you have to keep it in the mouth for at least twenty seconds so that it delivers its share of spices because the caramel leaves the whole place to the cinnamon to which is added a hint of bitterness of ginger.

At the end of the mouth, the spices remain present long enough.

Finally, I've just nibbled an egg from my son and the chocolate has completely melted into the mass and exploded the spices.

I know I'm lucky that Douglas Laing sent me one of the 154 bottles (since Fred Laing had already opened one for his tasting!).