I can already hear the purists saying, "What?! compare a barley whisky with a buckwheat whisky? Why not compare an Alsatian whisky with a Breton whisky?"

Well if I dare! And why not? Well simply because these two whiskies have experienced an identical fate during their ageing! They both went through Bourgogne barrels!

So as I have already had the opportunity to present both distilleries to you during previous tastings (whether it be LA DISTILLERIE DES MENHIRS or Gilbert MICLO's distillery) I will go straight to the point!

In 2020, the distillery is already treating us once again with new modern bottles but also with a fruity and fleshy whisky that will have undergone a double maturation: I have named the EDDU 2015 CUVEE DE BOURGOGNE. First of all, a 5 year passage in Limousin oak barrels to bring strength (to an already well-soaked whisky) and a one year finish in a Pinot Noir barrel from the CLOS-VOUGEOT appellation. And to make us appreciate the aromas even more, they offer it in cask brut with 54% alcohol !

On the east side of France we find the WELCHE'S WHISKY fresher.

In 2020, the Alsatian distillery decided to treat us with its WELCHE'S WHISKY - SINGLE CASK#5.  This 5 year old whisky has only been aged in casks (n°156) of Bourgogne Rouge - Rully 1er Cru. This 5th series is also a little "confined" because if the cellar master, Daniel Hanser, usually brings together a panel of great tasters to choose this single cask vintage, this year he had to do all the work alone (and with a mask).

So we are going to find ourselves in front of two whiskies of 5 years for the "Alsatian" and 6 years for the "Breton" and having undergone either a complete or partial ageing in Burgundy casks. You can see a bit of the East and West style united in Bourgogne ! That's what France is all about!

On the one hand a fleshy whisky with a Bourgogne finish and on the other hand a fruity whisky with full Bourgogne ageing which will make it fleshy! You see we will find common points.

The first thing that strikes between these two whiskies is their colours, which are quite close to each other, to say the least: a magnificent shiny terra-cota.

So what about the East-West battle on the nose.

Let's start with Welche's Whiskies, contrary to what one might expect it to go straight to the heat. The nose discovers it sweet with beautiful red fruit scents that will grow as it leaves the nose in the glass to the point of turning into a woody smell.

Once the air has been taken in, the nose will find woody notes which will go there more on winy and caramelised aromas creating a strange polish.

At the third passage we will find a smell closer to the habits of the MICLO Distillery with a beautiful pear poached with a vanilla syrup this time.

And what does the EDDU side of things look like?

I think it's the first time I've ever met a whisky showing a "maritime warmth"! Let me explain, it brings out a little fresh ocean breeze but also a hyper fruity character of an orange and apricot marmalade. However, you can clearly feel the difference with buckwheat. As is often the case with ageing wine in barrels, if you linger in the glass you will discover peppery notes.

The second time in the glass, it's the heat that takes over with the arrival of the sweet smell of a fruit paste.

Finally, on the third passage through the glass, the nose, still wrapped up in a nice warmth, will discover a smell of orangette (citrus fruit, caramel and chocolate).

Before tasting the distillates, I suggest that you put a drop in each of your apples and rub it in. On the WELCHE side, you will have pear and on the EDDU side you will have a buckwheat pancake.

And in the mouth?

For the Alsatian whisky we will be on a clearly woody aroma. It will bring the harshness of the burgundy barrel but also its cherry aromas and a good dose of sugar. When you keep it, it throws pepper in the mouth and then softens, leaving a harshness again. At the end of the tasting, it brings a hint of bitterness counterbalanced by a beautiful vanilla.

The signal at the end of the tasting is given by the phenolic notes rising up in the nose. It will be very different from a normal WELCHE which will be more on fresh pear notes.

Once swallowed, it leaves beautiful woody notes and a hint of liquorice in the throat.

As for Breton whisky, the story is not the same!

On the palate, the buckwheat comes straight to its high horses (you can't go wrong). However, due to the fact that it is matured in Burgundy barrels, it arrives with its friend the harshness. With its 54% alcohol content, your tongue burns. Nevertheless, quite quickly it will detect the sweetness of the apricot. However, it is difficult not to blink because the buckwheat-alcohol mix is explosive (Breton is solid!). Nevertheless, the tasting continues on roundness and sweetness at the end with a handful of pepper on the tongue.

Once swallowed, the finish is quite long and leaves a rather marked aroma of cider and a slight dryness due to the buckwheat and the ageing of the wine.

Desperate you see the two glasses of these beautiful empty whiskies. However if you linger, you will smell apple and leather on the Alsatian side and a well woody smell on the Breton side. You can almost smell wine and cinnamon (a mulled wine M'sieur Dusse?).

Although diametrically different (both geographically and in terms of their design), these two distillates aged or finished in Burgundy casks show once again (if need be) that we have some fine things in France. Small problem for the WELCH whisky, it has only been produced in 417 bottles (1 cask) and it is already more than rare ! 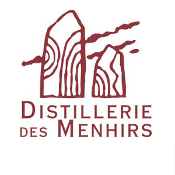 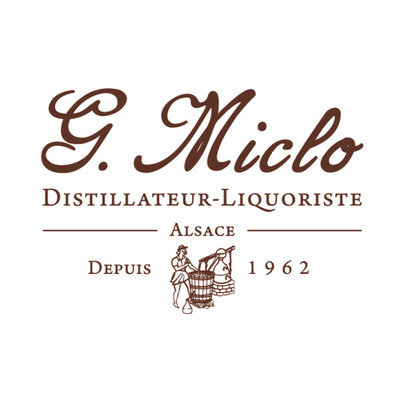 Back to comparisons
All peatdream.com reviews
Main menu