It was on a foggy morning that our host, Nigel, met us on the east coast of the island of Islay and told us to come at the moment of dawn to give us a taste of an exceptional whisky.

Near Port Askaig, we arrive by bike across the fields excited about the experience ahead of us. As we ride down the hill, we wake up a pheasant peacefully carpeted under a thicket. It is a winding road that now leads us to the water's edge in front of the doors of the sleeping CAOL ILA distillery. 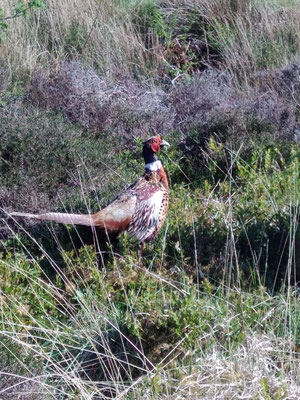 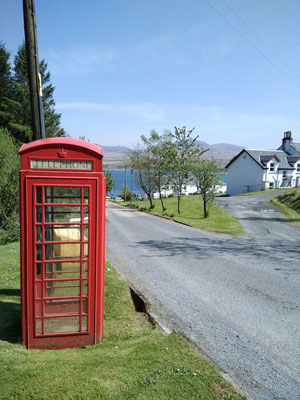 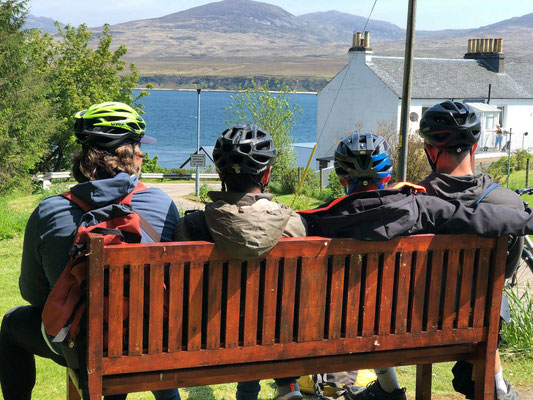 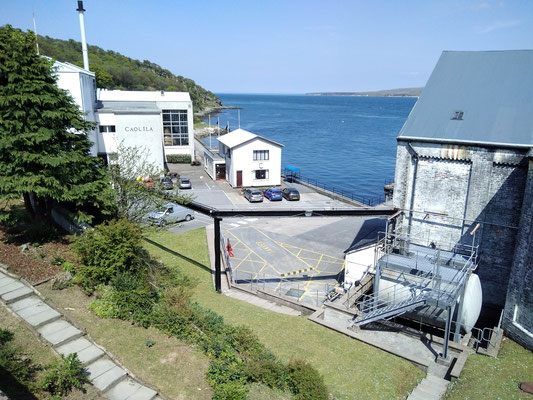 It was on a foggy morning that our host, Nigel, called us to the east coast of the island of Islay and told us to come at the time of day to taste an exceptional whisky.

Near Port Askaig, we walk through the fields, all excited by the experience that awaits us. As we descend the hill, we wake up a pheasant peacefully carpeted under a thicket. It is a winding road that now leads us to the water level in front of the doors of the still sleeping Caol Ila distillery.

Nigel is there waiting for us on our feet with an empty bottle! In front of us, the fog prevents us from seeing the island of Jura yet just in front of us on the other side of the Sound of Islay (Caol Ila in Gaelic -NDR-).

We leave behind the building housing the 6 stills that produce the brand's sweet drinks. Nigel tells us to follow him to the wharehouse. 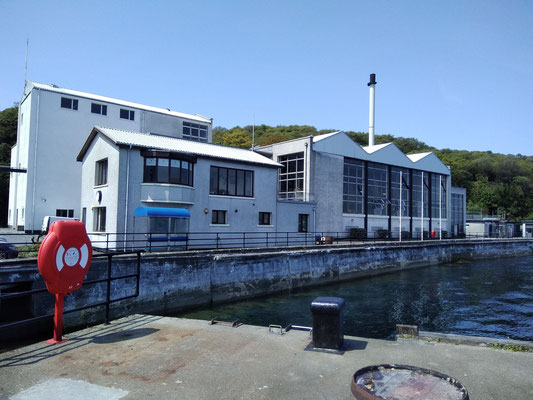 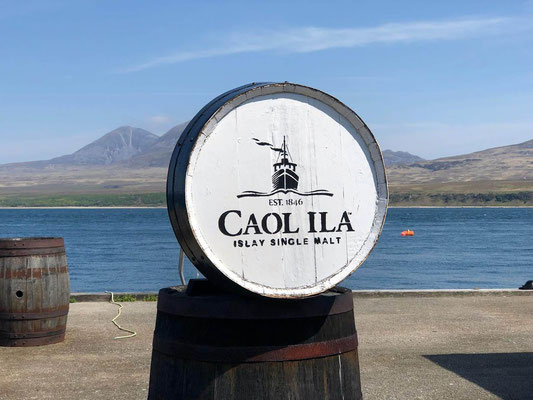 The door opens in front of a building still plunged into the darkness and cold of a Scottish night. He takes us in front of American oak barrels blackened by time and the work of angels.

Arrived in front of one of them we see noted on 1988! Our hearts are racing, no!! 30 years??? Our host takes the wine taste and brings out of the barrel a honey-gold coloured liquid that he transfers into the bottle he had brought for this purpose. We are reassured but the torpor resumes when he puts a cork in it! Seeing our eyes, he tells us with his Scottish accent: "Cha deoch sinn an uisge-beatha seo an seo an seo an anns an dorchadas" (We are not going to drink this whisky here in the dark -NDR-) ! 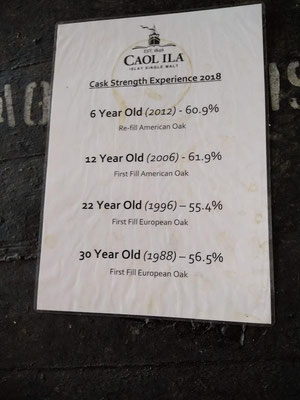 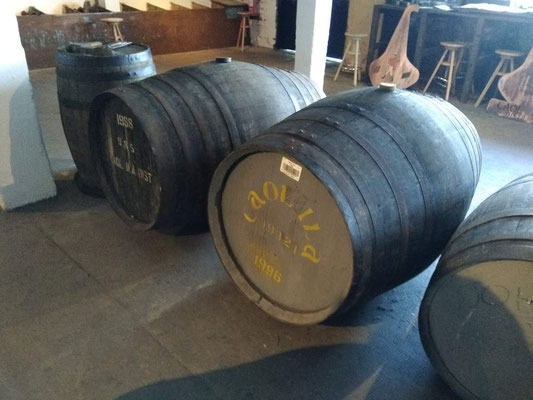 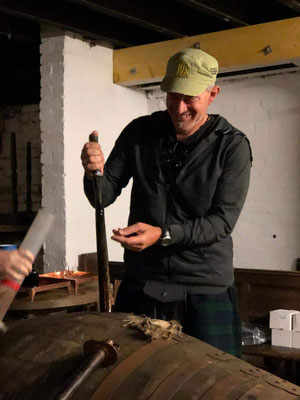 So it is outside that we return as the fog seems to be trying to rise. He puts us at the end of the pontoon with our feet in the void above the water and fills our glasses with what should be a beautiful peated whisky. 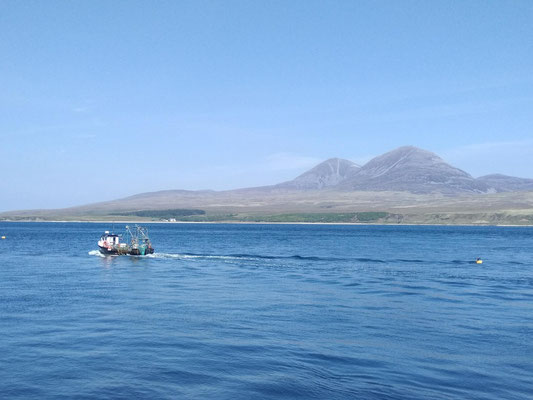 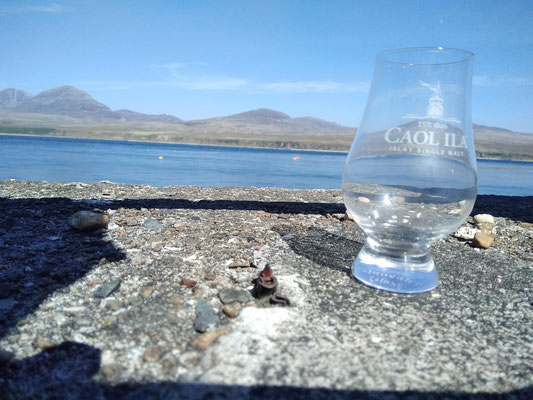 When you plunge your nose into the glass, as you would expect given your age, it is not peat that comes first but more fresh and slightly acidic notes. Nevertheless, on the second pass the peat and its smoke aromas appear. Like all good Caol Ila it is soft and quite round. While this peat remains very tenacious in the nose, it nevertheless reveals some salty notes mixed with sweet flavours.

That's it, the clearings are finally breaking through the fog. The fog is finally rising as if to give us the signal to leave! Let's taste it!  But beware, Nigel reminds us that he just came out of the barrel and title anyway 56.5°.

The liquid is soft and syrupy. As it explodes in the mouth, the Clansman, setting nets, goes offshore in the inlet and sounds its foghorn as if to support the strength of this whisky!

Peat invades our mouths and minds. She brings with her fresh, almost medicinal flavours. A proper tasting would require that the liquid be kept for 1 second per year of ageing. Let's try the experiment and make it spin in our mouths. At first everything goes well when salty notes appear. Then, with the help of saliva, sweeter notes of apples and vanilla appear. However, the palate begins to suffer under the influence of alcohol, forcing us to lower the liquid on the tongue, bringing with it spicy and even peppery notes. The 30 seconds don't go by as quickly as we would like and the torture of alcohol and peat takes over, forcing us to swallow the liquid.

Like the two peaks of the Jura island still immersed in the mist in front of us, our mind becomes blurred as long smoky, malty and even salty notes reappear in our mouth.

No one speaks around us anymore savouring this moment of tranquility and happiness. Next to us smoothing his mustache looking proud of himself, Nigel winked at us and said: "tha e math le càit a bheil e a'dol?" (It feels good where it goes, doesn't it? -NDR-).

It is at this moment that the sun definitely wins the game and the sky is adorned with a turquoise blue.