Today I propose you to come back to the East of France, in a village of a little more than 1000 souls where the die-hard Alsatian distillers live: UBERACH.

Imagine a small village in the Bas-Rhin to the north of Strasbourg (in the middle of the fruit brandy), there are now 3 distilleries : BERTRAND Distillery (which we have already got to know and tasted the UBERACH BLUE CASK), but also the HEPP distillery (renowned for its already well-proven distillates) and recently, a third thief shows his nose: the UBERACH BREWERY (already well known for its beers as there was only a step between the foam and the distillation).

Also, today we will taste and compare two of their creations:

First of all let's get to know these two distilleries.

Let's start with the oldest: HEPP DISTILLERY. The distillery, as old as yours truly is (it was created in 1972!) is the result of a family of distillers who have been active in the area since the beginning of the 20th century and who went from farm to farm to distill cherries, plums, pears.... It is now run by the great-grandson of the family, Yannick HEPP, and decided to expand its range of distillates in 2007 by adding barley to the fruit. 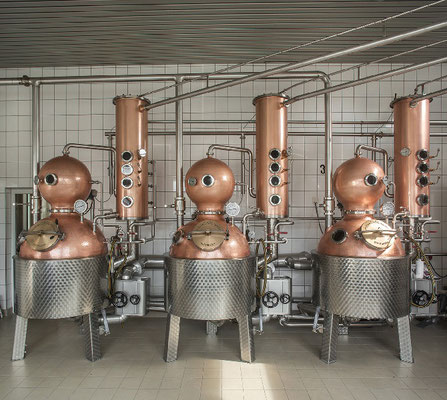 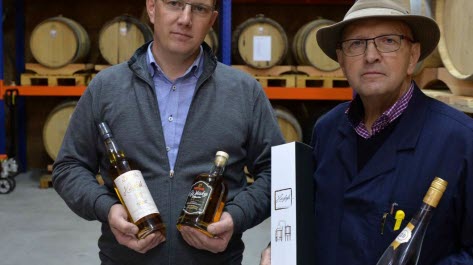 The distillery has to invest and rejuvenate its equipment. In addition to its well-proven know-how, it now has three 450 litre stills and a large storage cellar and therefore produces ALSACIAN WHISKY.

Its reputation, which was made thanks to numerous medals (gold, silver and bronze) obtained at the Concours Général Agricole de Paris, now enables it to offer distillates to whisky distributors in addition to its own creations (we had the opportunity to taste the SEMILLON FINISH of AYMERIC ROBOREL DE CLIMENS). 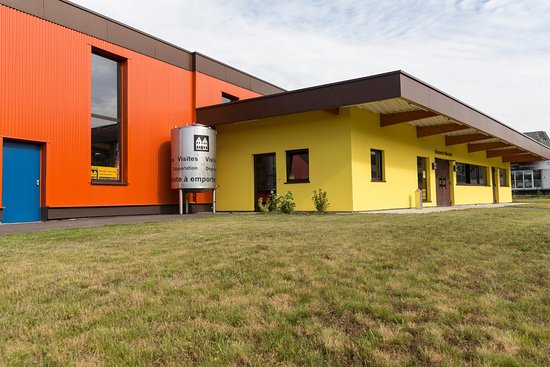 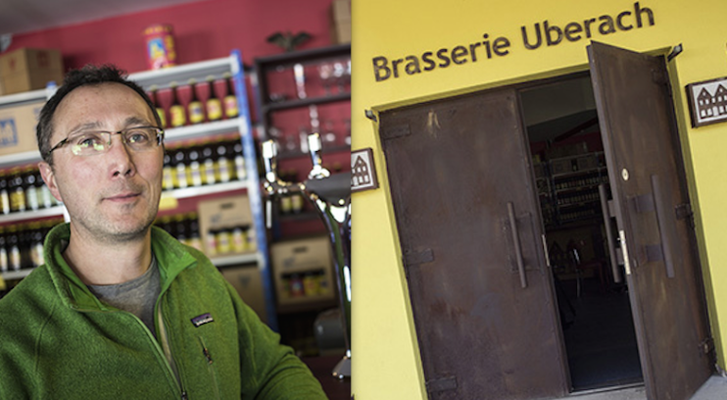 On the other side of the village, we will find the UBERACH brewery created in 1999 and specialising in craft tasting beers. And as we know, beer means water (from the Vosges), malts, hops and yeast! Apart from hops, the borderline is more than thin to go into a still!

Also, for its 20 years of existence, the frontier has been crossed by Éric Trossat and he now dedicates one of his fermentation vats to distillation. Since 2020 (the beautiful year) he started marketing whisky. And as his first production is peaty...it was enough (but we will come back to that) ! 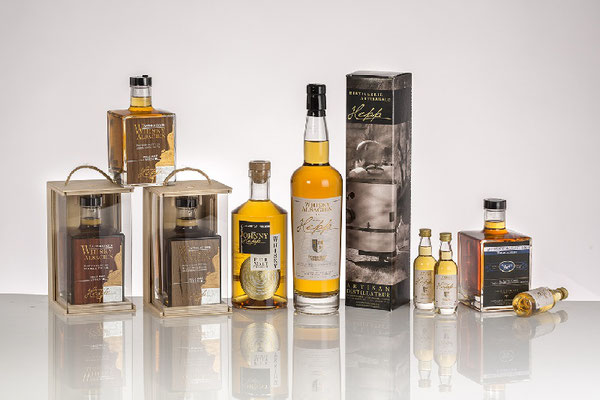 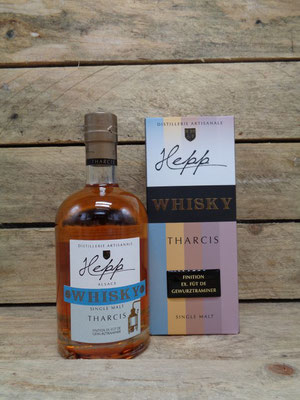 Let's come back to our tasting :

First of all, let's look at the SINGLE MALT HEPP THARCIS ex FUT DE GEWURZTRAMINER. It was distilled in one of the 3 round brandy stills and then rested for several years in American oak barrels. It finished in a Gewurztraminer cask. Once aged, it was reduced to 43% without filtration and was put into a bottle. This ageing process will give the distillate a deep golden colour.

We can also note that the design of its last ones has recently been reviewed. No more storm-proof square bottles (it was called QBICK!), here comes the arrival of slightly more modern and colourful bottles.

On the other side 1 WHISKY SINGLE CASK F46. Well as announced a little earlier, the choice was made to use peated barley (to stand out!).

And again to give it its typicality, it was decided to age it for 3 years in Chinon rouge barrels. The result is a beautiful orange-ambered colour.

And then what do these two Alsatian whiskies give us?

When the nose approaches the glass it will discover aromas of wild strawberries.

But don't be mistaken when it comes straight inside, we return to Alsace. It is very fruity and fresh and will make you think of a pear sorbet.

When the nose goes back into the glass a second time, the pear will ripen and turn into an apple. The fruit will be accompanied by our well wooded but also vanilla and a hint of liquorice.

At the third passage the ripening continues and switches to red fruit (perhaps here the impact of the wine barrel (even if it is not a red wine it will have left a hint of fruit in the distillate).

When it enters the mouth it is without violence (43% alc) but with broad woody notes. It will give off spicy and pear fragrances on a slightly bitter background (linked to the ageing in wine casks). The spices are still very present and come and go in the mouth. The distillate remains quite young and vegetal. It finishes its run with a handful of pepper which gives the signal for the descent into the throat.

The finish remains quite short and leaves a hint of bitterness.

And on the other side of the village, in the UBERACH brewery, which WHISKY 1 SINGLE CASK F46 gives

As for the nose, it will have a very fresh, citrus-based approach to the glass. On the other hand, when the nose plunges frankly into the glass, it will detect a distillate based on an agricultural note. Barley is very present and even turns into hay. Nevertheless the expected peat is there (peatdream's word).

At the second passage, the nose will detect woody notes and a light but very present peat.

The third passage will soften with peach notes and even distinct notes depending on whether one has one or the other nostril in the glass: on the left side a hint of strawberry and on the right side spices.

First impression, the peat is here fairly well controlled and not very marked. Moreover, I think it will reveal itself much more in your hand (accompanied by a hint of barley).

The entry in the mouth is also fairly controlled and soft despite its 46% alc). The first (furtive) impression will be that of a caramel candy. Nevertheless, spices very quickly arrive. Of course, the slight harshness linked to the ageing in Touraine wine barrels is noticeable, but it is under control. The distillate will reveal itself to be woody and shows its origins with a taste of barley. Behind a discreet peat, the path continues on a hint of honey but the spices remain very present coming and going in every corner of the tongue. It is the taste of a stick of liquorice that will ring the end of the tasting.

The short finish will leave lemony notes and a hint of peat.

That's it, the choice may be difficult if it has to be made. On the other hand, the quantities will perhaps do the work themselves (the whisky of the UBERACH Brewery is only drawn at 490 bottles (the famous cask 46!).

Nevertheless, the tasting shows that on a small production area we will end up with a very different distillate: marked "Alsatian whisky" (without any pejorative connotation -NDLR-) for HEPP (rather pear) and more marked on the woody for the Brewery's distillate (I will refer you here to the pastry notes of the BERTRAND distillery).