Did you know that in France there is a zone of irreducible Gauls who like to stand out in the making of whisky by producing it from buckwheat.

Several distilleries offer their version of buckwheat whiskies: The menhir distillery in Plomelin with its EDDU SILVER and the NAGUELANN distillery in Languenan in the north of Bretagne with its ED UNAN (which will interest us today).

And in Breton ED UNAN means wheat only ! In Brittany he says to himself "No Breton is prettier to see than the beautiful one called buckwheat flower".

But before you taste it, what about the distillery?

We are here on pure craftsmanship (but considering the expansion works undertaken since 2019 I feel that it won't last!!): a production limited to less than 20 casks per year! It was created in 2014 by Lénaïck Lemaitre and is based on a usual triptych of whisky but in Breton in the text :

- DOUR (water) with a Breton mineral water (the Plancoët spring) 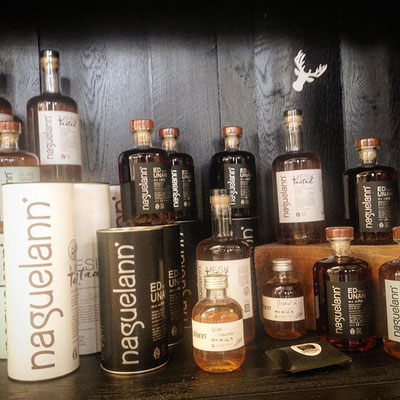 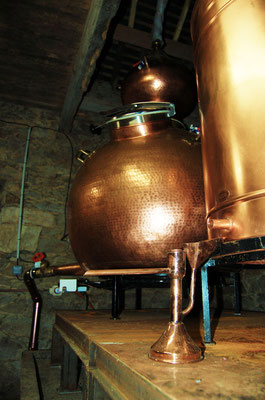 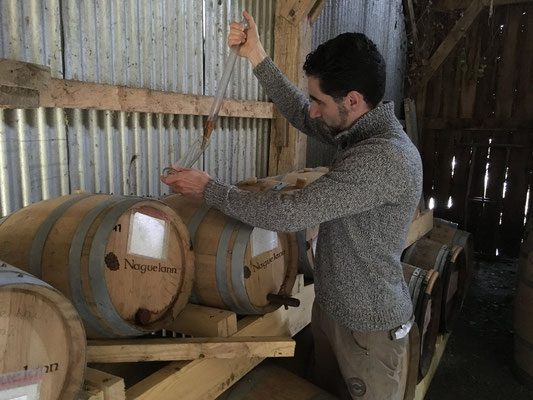 Here's the table is set! So what's buckwheat in a glass? Is it as good as a good pancake ?

The color of the NAGUELANN distillate is a beautiful deep gold with copper highlights. It has stood up well to the "GEDAL" with its passage through three quater-casks of bourbon, then sherry and finally a new cask to give it a boost.

When the nose plunges into the glass it plunges directly into the buckwheat pancake batter. The smell of cereal is quite present. One can discern smells of ripe apples as well as a nice sweet smell of red fruits (certainly a shot of sherry!). One finishes after a third passage by more woody notes even chocolatey but still quite round.

In mouth one can say that it wakes up! The one that I taste is at 58% in exit of barrel and in entry of glass! It is woody and powerful (you can clearly feel that it is there). It puts the fair in mouth by bringing spicy notes but especially a beautiful taste of ripe apple. Kept in the mouth, the apple remains very present but when the strength begins to dissipate it is accompanied by a vanilla and dark chocolate taste.

When swallowed, it leaves in the throat and mouth a certain dryness but also a great freshness. A little later, you can once again feel the pancake batter in your mouth like a child dipping his finger in the bowl of the old bigouden ready to make his pancakes!

The empty glass gives the impression of having contained a calva (mea culpa we are in Bretagne and not in Normandy -NDLR-) so much the smell of apple is present.

This whisky is atypical and quite original. I didn't have the opportunity to taste its new version, the KOAZH (the reduction) which came out last year and which doesn't need to be finished in a bourbon cask (limited to one new cask and one sherry cask), but as soon as it's done I'll keep you informed.

In any case I can assure you that in Armorique buckwheat is not only used to make pancakes!