The appointment was taken this morning in the Cantal in a bar, cellar, laboratory: the BARYK.

Etienne B (for anonymity), had promised to make me taste the whisky of the Elysée, the BELLEVOYE!

I know as always you are going to say, it is known this blend ! But do you really know the most hexagonal of French whiskies?

When I arrived in this peaceful village in the south center of France, Ydes, (I swear that if you don't know Cantal it's worth a wink, besides isn't it the most Scottish of the French departments? Spring water, valleys, peat bogs...) everything was peaceful. The day was well up but the fog was having a hard time dissipating. It gave the village a rather particular air!

It is without any difficulty that with my faithful Brad Peat I managed to find the Boutyik of Baryk!

At this early hour the place seemed deserted, but the two companions, owners of the place, were already busy experimenting with recipes for their creation of arranged rum. In their Fabryk, Étienne B and Mikail T (I prefer to keep a certain anonymity for these two future sorcerers of the arranged rum in order to assure them a certain tranquility - Editor's note-) were concocting magic recipes with vanilla and other ginger roots. 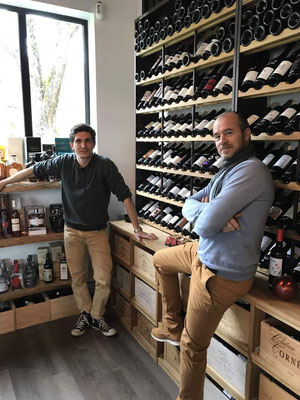 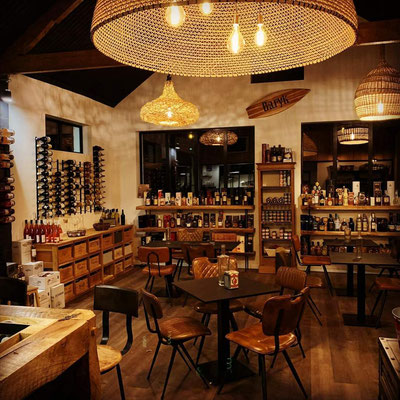 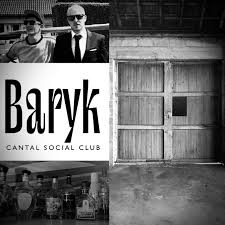 But let's not get lost, if I came here, it is not for a rum, (however well arranged it may be) but to taste one of the 6 Elysee whisky finishes.

But before going on to the tasting, it was necessary to have a look at this famous French Blend present on the best tables, such as the Elysée's, but also in the business class of the national airline company!

Thus, Etienne introduced me to the company:

BELLEVOYE was created in 2013 by Jean Moueix and Alexandre Sirech (two veterans of the world of wine and spirits) with a stated objective: to create a whisky with a 100% French production.

As the two partners are not distillers and do not benefit from a production tool, they have launched into the production of a blend.

They thus took their pilgrim's staff to criss-cross France in search of the ideal malted waters. To the East in the Vosges, in Alsace, in the south in the Vercors, in the Hautes de France, in Brittany and finally in their region Aquitaine on the Cognac side. All of which is a good thing to do because I would like to remind you that France now has more than a hundred active distilleries.

In short, in their luggage was a large selection of single malt among which were those that would become the cornerstones of their production.

Two years ago, the company even became the owner of the BERCLOUX distillery located in the Charente village of the same name, thus integrating its own production into its blend.

The triple malt was born!

To make the blend 100% French, the two partners asked the selected distilleries to first age their distillate at home but in French oak barrels (with different lengths of time depending on the destination, ranging from 3 to 10 years). Once blended, the triple malt is put into separate casks in the Charentais winery of BELLEVOYE.

Fruits of this work, a wide range to meet everyone's tastes:

- BELLEVOYE BLEU, a non-peaty distillate with a finish of 9 to 12 months in fine-grained oak barrels (barrels providing more sweetness);

- BELLEVOYE BLANC, a non-peaty distillate with a 6-month finish in a Sauternes 1er grand cru classé cask (which we will taste below);

- BELLEVOYE ROUGE, a very slightly peaty distillate, benefiting from a 6 months finish in a Saint Emilion Grand Cru cask, with its fruity distillate ;

BELLEVOYE VERT, a lightly peaty distillate which benefited from a Calvados cask finish (from the house of Christian Drouin) with its sherry-like finish.

The table is set, what about our whisky of the day, whose pedigree already gives a good idea: gold medal at the Concours des meilleurs vins et spiritueux français in the U.S.A. in 2019 and bronze medal at the Concours World Whiskies Awards, "Best French Blended Malt" (the first place is already being contested by the black! Editor's note).

As we can say in the Bordeaux region, it is adorned with a dark gold robe that tends almost towards a light brown.

The first nose of this blend is very sweet and brings out the scents of roasted caramelized almonds and vanilla. The contribution of the finish in wine barrel will give it a fruity air. This finish can be felt immediately but fades with the coming and going of the nose.

The second passage reveals sweet spices but light as cinnamon.

The third passage will be it on a great sweetness which turns towards honey.

The time to toast with the two cantalou companions, and we taste this blend.

In mouth it is sweetness, then apurities (contribution of the barrel of Sauternes) and finally strong spices. Then all blend and fade with a taste of white peaches and almonds.

As for the nose, it is rounded and softened. Its vinous side is felt but remains pleasant.

At the end it is the return of the light spices which give the signal of the end of the tasting.

The finish is short on almonds and a hint of bitterness but very correct for a blend.

A beautiful pleasure that this 100% hexagonal whisky but I will have to continue on my way to new adventures. I thank my hosts who will certainly take advantage of the current unfortunate calm to continue their experiments!