Let's stay "almost" at home during this "sunny" summer and let this brave BRAD PEAT rest a little bit because he is tired of his virtual and space-time travels (my readers know what I am talking about). We'll just go to Normandy to discover THE NORTHMAEN Brewery/Distillery Farm and its FAFNIR whisky.

But first a little history.

As everybody knows (especially if you are a fan of Ragnar Lodbrok and the Viking series), between the 9th and 10th century, our beautiful country has known some more or less long incursions of nasty Vikings coming from the north. Some of them must have found the climate much more clement than in their country because they stayed here and settled on the banks of the Seine. I'll stop now because we are not here to talk about history but about French whisky.

Without them, I'm not sure that my little tour would be done in NORMANDY! And above all I am not sure that I will talk to you about this farm brewery of the Bray country. Indeed, it is thanks to them that the recipes of beer based on barley were born (at the time when one laughed with the cervoise in the corner). Sköll !

In short, if we search well in the family trees, I am almost sure that we will find Viking roots to Dominique Camus that we are going to meet today in his farm of La Chapelle Saint Ouen, by Odin!

It is by a magnificently rainy afternoon (as the summer gives us beautiful ones at the moment), that I put BRAD PEAT beside an old double-decker bus under its tarpaulin. I am at the farm and am surrounded by barley fields. It is indeed the right place.

As I enter the building, whose orange walls stand out against the grey sky, there are no ships or wooden shields (although I did see one in the corner), but cartons of beer bottles. And yes, here we talk a lot about beer because the house is known to produce more than fifteen of them since 1997. And as we know, from beer to whisky, there is "only" one hot shot and a few years of waiting!

Then comes Dominique. Don't get me wrong, although he is of Viking origin (I am sure), he is not 2m10 high, does not have a moustache, nor does he have a face covered with tattoos. However, he must have the strength of the northern men to be everywhere at once as it is the case!

Before tasting his whisky smoked with beech wood, he makes me take a tour of the property. The production remains artisanal, but he has nevertheless 3 stocks of barrels (and soon 4). His oak barrels that previously housed red wine (burned and scratched), are sleeping in a dry cellar and two damp cellars that smell of mushrooms. There are also some old acacia barrels containing Sauternes (taken as is without being burned to keep all the sweetness of the Sauternes). 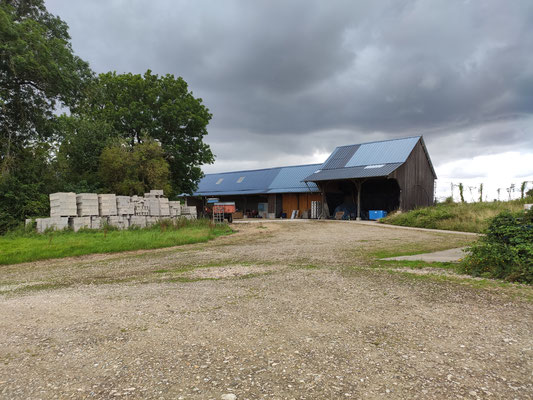 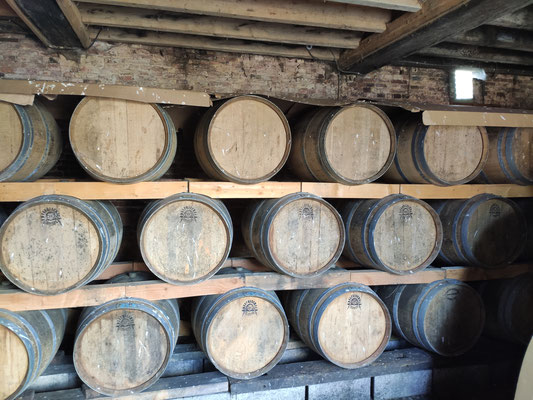 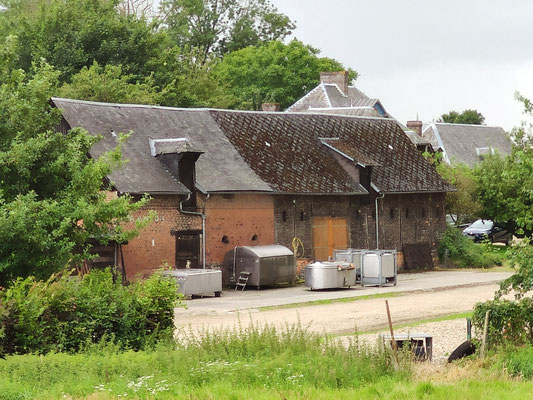 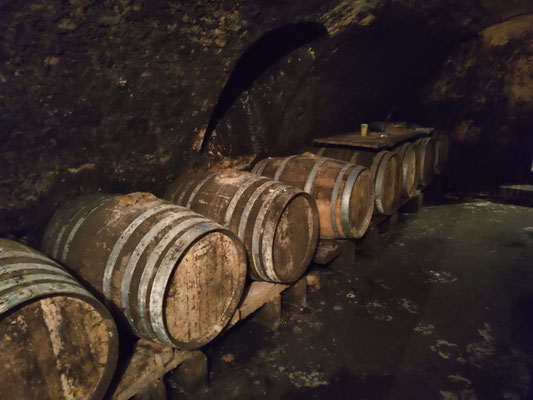 He explains to me that he manages the production from the barley seed planted around the farm, to the drop of "new make" that comes out of the still (only his barley is malted either in Belgium or in Germany for the whisky we are going to taste today, but it is HIS barley). The opportunity to taste the scent of beechwood smoke (the basis of the whisky being tasted in these lines).

This chemist by training then introduces me to the honourable mobile still with which he has been producing his whisky since the early 2000s (which, by the way, makes him part of the closed club of the oldest French distillers). The bottling line is located just next door. The Normandy man is telling the truth, as the whole production process is there: I saw the fields, the sacks of grain and the still! 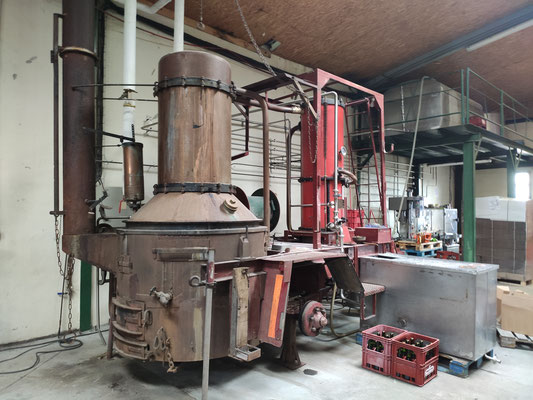 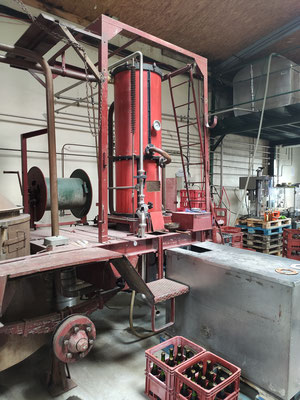 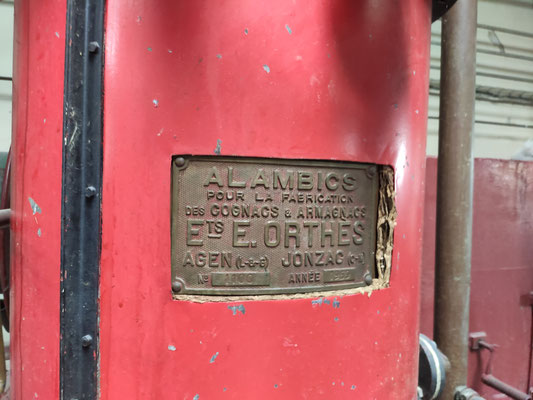 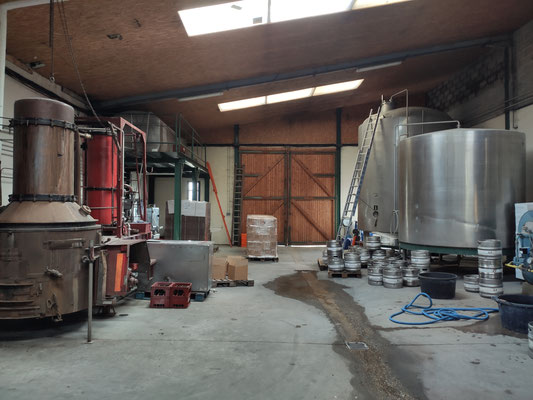 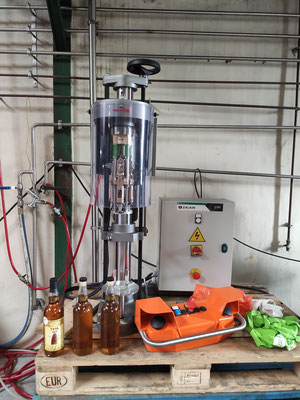 Before going to the tasting of our FAFNIR (greedy dwarf transformed into a dragon sleeping on its gold in Scandinavian mythology), you should know that at the farm (and elsewhere) you can appreciate beautiful things like the already legendary and honeyed 3 year old THOR BOYO (gold medal at the Concours Général Agricole in 2017) and its powerful 10 year old elder released in BRUT DE FÛT (at 53% alc).

There is also the 8 year old SLEIPNIR (aged in the famous wet cellar) and the very surprising and woody KENNING (which spent 6 years in Sauternes acacia casks).

The one we are interested in today, lovers of smoked (and peated) whiskies, is FAFNIR, which is not peated but "beech-smoked" (I know I just created a new word, I'll call the academy right away, but it's the case because it is smoked with beech wood -NDLR-).

It spent 5 years in dry cellars in oak barrels that had previously housed red Bordeaux, which gives it a golden / copper colour (it has taken on the colour of the gold of the dragon that has its name!).

So what does this beechwood smoking do?

At first, the nose will think it is an orange and caramel smell.

But the first time you put it in the glass, you discover a smell of cereal and honey (which is the trademark of the distillery) but accompanied by the smell of green grass smoke. The warmth of the honey is counterbalanced by the fresh smoke. There is a strong presence of spices which tickle the nose.

The woody side remains in the second passage but leaves a little more room for cereal and especially spices.

In the third passage we find a caramelised smell but also that of beech smoke.

However, the smell of smoke is discreet and remains in the background (much less present than in a peated whisky where it is more rounded).

In the palm of your hand, you will find the smell of roasted barley and a hint of tannin from the wine cask.

In the mouth, the first taste is of almond and apple compote caramelised in an open fire.  The smoke brings a little freshness but also bitterness. The bitterness fades but remains in the mouth as the spices (well pronounced on the palate) and the honey (mellow) pass through. Without being unpleasant, I reassure you, this taste will give this whisky its originality but also the appearance of a young distillate (even though it is 5 years old), which the nose did not show.

It will nevertheless become more and more dense and mellow while keeping it in the mouth and even let the end of the beechwood fire come out before swallowing it.

This is what Dominique Camus calls the "Norman smokiness".

The finish is quite short but is marked by the return of the spices after a few seconds.

The empty glass gives way to standing barley in its field and phenolic notes.

This whisky (and this distillery) stands out in the land where calvados is king, with an originality not often encountered.

If you want to go to the farm, don't hesitate, Dominique will show you around the owner (on Saturdays!) and will make you taste his beers, cervoises and whisky! And for those who love Viking epics, I advise you to go to the NORTH'FEST in June, which takes place in the farm's garden. You can listen to good music, make sacrifices (I'm only kidding), burn bonfires and drink good Norman beer!