Once is not customary, let's leave Scotland on board of BradPeat and cross the Irish Sea to go to the island of clover.

We will taste what could be compared to the "almost original" whiskey produced by the Saint Patrick's stills. Today it will be WRITERS' TEARS COPPER POT: DEAU COGNAC FINISH.

We dock in the port of Dublin but we will only be passing through, no time to go to Lambay Island, nor to drink a pint at Celt (land of old adventures). We take the road south towards Kilkenny.

I have an appointment with a certain Risterd Mac Raganaill near the town of Carlow. He didn't give me an appointment at Walsh Whiskey's headquarters but at the Browsnshill Dolmen outside the city.

We are at the end of the afternoon and already the sun declines when we arrive on the spot with my faithful steed. The place is not accessible by the road so it is with great regret that I have to abandon it on the parking for tourists! The way which leads me on the place of the meeting is not very long but enough so that when I arrive on the spot the night begins to point its nose and gives to the place a mystical side.

Risterd was waiting for me in front of the big dolmen with a long bottle in his hand.

"Dia duit, conas atá tú" he said to me to welcome me.

He tells me that before talking to me and tasting this whiskey, he has to tell me where we are. He tells me that according to the legend (a little arranged by yours truly), it was on this stone that Maewyn Succat (better known as Saint Patrick) was standing to announce to the Irish people that he had just stopped all the snakes on the island and that he was now going to live in (Christian) peace. He also told me that from now on, the people would be under the protection of the Holy Trinity (represented in the form of three leaves of clover!).

Finally, and here we reach the myth but I wonder if this is really the truth, he tells me that he would have hit the stone of the dolmen with his ferrule and that it would have run off a golden liquid called usci bethad.

Risterd looks at me to see my reaction and starts laughing! He tells me that the reality is that Saint Patrick would have been the first to bring back stills from the Arab countries and would be at the base of the first Irish distillates (you know the old fight between the two enemy Scottish and Irish brothers who fight the genesis of whisky with or without "e").

Now that night has fallen and I understand better why he wanted us to meet here, a blue halo starts to encircle the dolmen and I expect at any moment a leprechaun to come out from under a stone.

My host tells me that the time has come to taste this famous usci bethad (better known as whiskey now). To do so, he takes out his bottle of WRITER'S TEARS COPPER POT in which sparkles a liquid of a beautiful deep golden color (it looks like translucent honey).

He explains to me the choice of this vintage. Bernard Walsh (owner with his wife Rosemary of Walsh Whiskey's) is an enthusiast who wanted to produce a whiskey based on old ancestral recipes: a clever mix between a single malt (100 % malted barley) and a pot still (40 % malted barley and 60 % unmalted barley), all of which has been passed under the claws of triple distillation of course!

Note that Walsh whiskey's company also has on its hunting board the single malt IRISHMAN (of which we tasted the 17 years old single cask version aboard the Wild Atlantic Bus not far from Galway) and which often hangs with the world whiskey podiums. Moreover the two owners of the distillery wanted to pay homage to the Irish writers of the beginning of the 20th century who liked to take refuge with a good glass of whiskey during their long hours of writing.

Finally, Risterd told me that knowing that his guest of the day was French, he had chosen to let his guests taste the limited series aged in Cognac casks (limited series that also comes in Red Head -Xéres- and Brut de fût).

Precisely what about the casks of Cognac selected for the 9-month finish of this whiskey, which was first aged in American Bourbon casks? They were made by the Allary house and contained for 10 to 15 years (XO) cognac from the DEAU house. 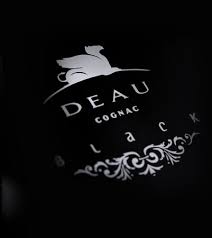 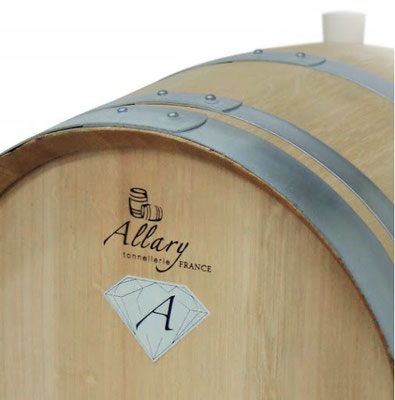 When is it then?

The moment it plunges into the glass, it loses itself in mellow aromas that clearly have nothing to do with Irish standards. It will detect the warmth of the aromas of raisins and chocolate. However, the 46% of the distillate gives it a medicinal aroma. When the nose returns to the glass the aromas remain warm and very sweet. One feels the smell of a ripe pear that one would have dipped in a warm wine (French of course). It is at the third passage that we finally find the result of the agreement between Ireland and France. A smell of citrus fruit and the aromas of cognac at the end.

Risterd throws me a "Slàinte" which gives the signal for the tasting.

When it enters your mouth it's as if you've just bitten into a hot pim's. It is soft with a dark chocolate aroma. After a few seconds you can even feel the bitterness of the dark chocolate. But after a few seconds, as with a pim's after the chocolate comes the heat of the candied orange. Then comes a fleeting hint of pepper before the pim's softness returns. The end of the tasting is announced by the vinous bitterness of the cognac barrel.

Once the pim's (sorry, whiskey) has been swallowed, it leaves a floral, light and paradoxically fresh memory. One can feel here and there memories of dark chocolates.

The empty glass shows that this distillate is made from barley because its malty smell leaves a beautiful memory.

With this whiskey we are quite far from the Irish standards that the old recipes of the usci bethad of Saint Patrick were different from those of whiskey.

As I was about to thank my host for this taste journey back in time, I realized that he had disappeared. Alone in the distance in the fog of the Irish night, I saw a will-o'-the-wisp slip under a stone! But who was really this Risterd Mac Raganaill?