When you're called peatdream.com, you can imagine how much you appreciate peated whiskies! So when comes the possibility to make a comparison between two versions of the most peated whisky there is !!! It's without hesitation.

Let's put ourselves back in the context: With my faithful BRADPEAT you will drive along the A847 which skirts the bay in the centre of the Isle of Islay while enjoying the beautiful blue sky (if I swear!). Direction the small village of Port Charlotte (what a beautiful name!). We pass in front of the BRUICHLADDICH distillery in the village of the same name without stopping! And yes even if a good part of the production takes place here (BRUICHLADDICH, PORT CHARLOTTE and OCTOMORE) our journey will continue to the next village. 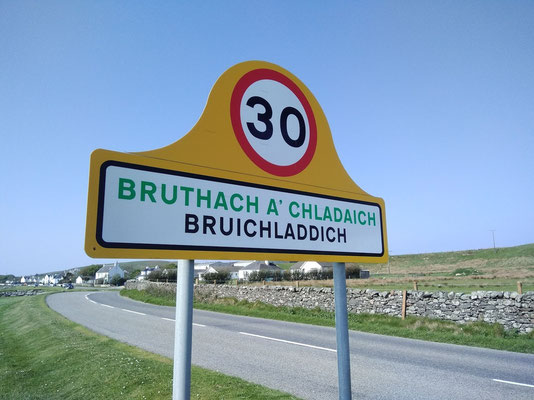 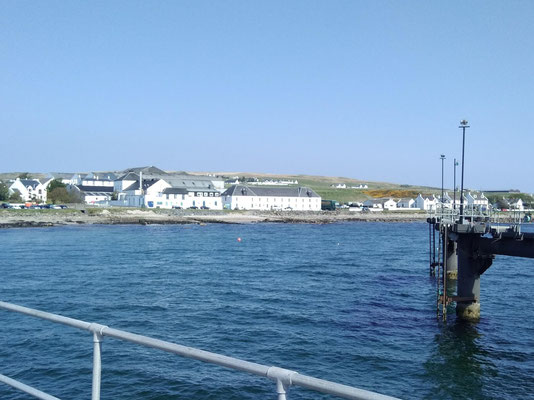 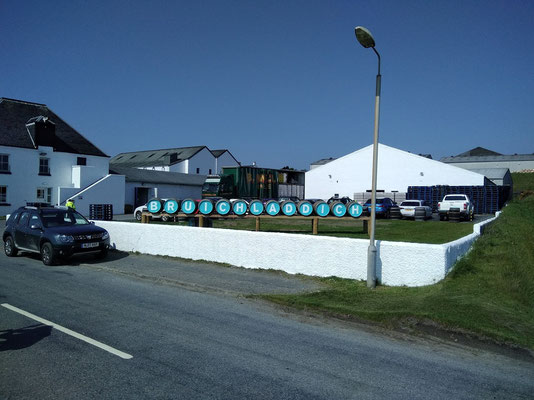 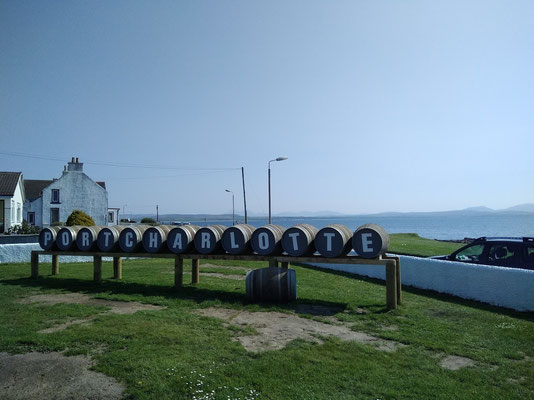 Arriving in the "borough" of Port Charlotte, we turn right at the cemetery, direction OCTOMORE FARM (purpose of our trip and place of our tasting of the day).

Once there, we can enjoy a magnificent view of the bay (enough to taunt BOWMORE right in front of us!). But we didn't come there just for the view? Why are we here? Simply because this farm was originally the site of the old distillery (until 1852 anyway) and especially because it is in the middle of the barley fields at the base of the distillation of some of the OCTOMORES (especially the 10.3 that we are going to taste) and other ISLAY BARLEY of the brand. 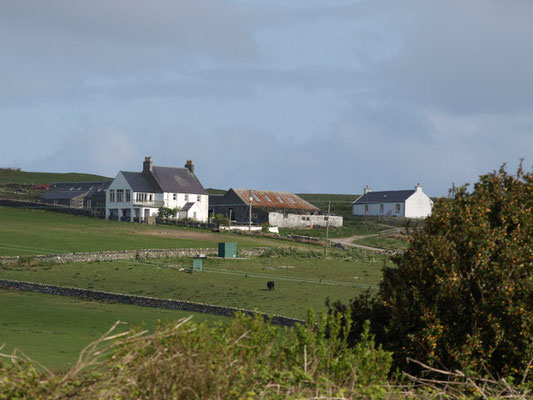 Let's note here that on the west coast of the island of Islay, the two distilleries (BRUICHLADDICH and KILKOMAN) are "agricultural" distilleries (in the broad and noble sense of the term) and are very attached to the soil, the origin and the place of cultivation of their barley. The barley used to make the OCTOMORE is barley concerto and is peat-dried according to the distillery's secret method of "ironing", which allows it to be loaded with as many phenolic compounds (PPM) as possible.

Arriving in front of the farm, our friend Florian P. (for anonymity -NDLR-) is waiting for us with his two bottles on a barrel: the first one is black and doesn't let anything of its content show through (which will turn out to be a straw-coloured liquid) and the second one is made of frosted glass but shows a golden liquid.

Before tasting, let's see what we are dealing with. 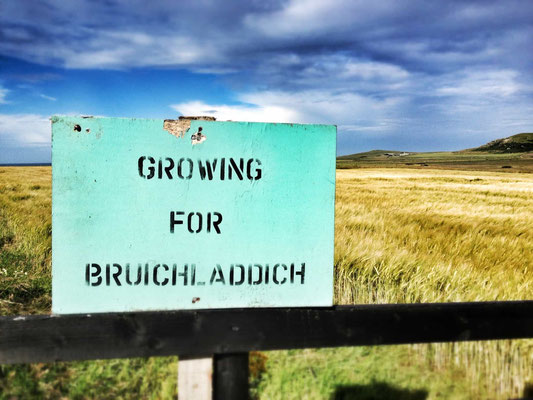 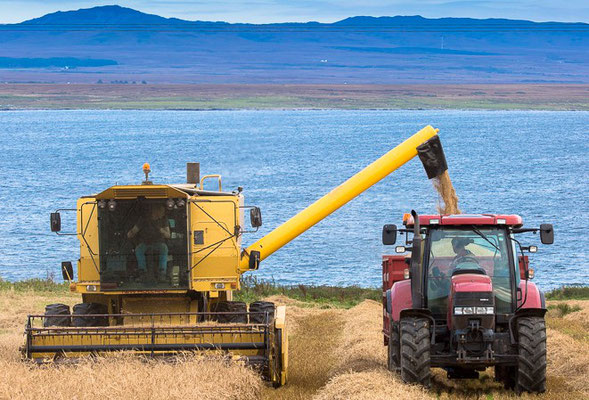 Both versions were bottled in 2019 after having stayed in American whiskey casks (from Jim Beam, Buffalo Trace, Heaven Hill and Jack Daniels).

As for the 10.1, it was distilled from the barley we have already talked about but grown in the north of Scotland (scottish barley dried and loaded with peat smoke at 107 ppm) and was stored for 5 years in casks on the island.

As for the 10.3, if the barley is the same, its terroir is not, as it comes exclusively from Islay (islay barley dear to the distillery). It will then be dried and charged with peat smoke at 114 ppm. Once distilled, the liquid stayed 6 years in the same casks and on the island as well.

107 or 114 ppm, even if it is before distillation, it is enough to make an amateur shudder.

Now we know the forces at work! And as for the barrel crudes we have here barrel crudes. Let's just dive happily into the glasses.

I am going to divide the tasting on the two distillates even if the reality was more realized one after the other (Editor's note).

The common point of these two versions is, as often with OCTOMORE, a paradoxical "sweetness" (but beware, it is still OCTOMORE) whereas the announced degrees could imply power.

On the 10.1 side, when the nose plunges into the glass, it is not directly attacked by the alcohol, but is rather "curled up" in a soft liquid. Sweet aromas of vanilla and caramel with a hint of smoke tickle the lashes. I would not describe the peat felt as warm, it is even rather fresh, marine. It is during the second passage that it warms up, bringing with it aromas of ripe, almost candied fruit. Finally, as if to make a great olfactory leap, cereal aromas make a timid appearance.

As for the 10.3, the nose faces a more "agricultural -marine" side. The first aromas that arrive will be closer to the cereal and the land side of the crop. Certainly the peaty signature is good, there but one would almost feel the original and not dried side of the peat.  However, here too, no big aggression by alcohol! At the second passage this version comes out less "hot" than the first one. Indeed, the nose will find more marine and lemony aromas with a more marked presence of cereal. It is only by insisting and plunging the nose back into the glass a third time that vanilla aromas appear and warm up the atmosphere a little.

Masking the nose a little, it is on the palate that the "peat beast" reveals itself as always. Note here that simple drops of water in the two distillas will let a peat smoke explode (that you could almost see with the naked eye coming out of the glass!).

With the 10.1, the attack in the mouth is soft, as if to make you believe in a certain comfort. Nevertheless it doesn't last because power and glory come quickly: the 59.8% of the game develops with its smoke! And when I speak of smoke, I mean the smoke that stays well in all the interstices of the mouth. It will carry with it peppery, dry and woody notes and finishes with notes of vanilla bean that have remained a little too much in the bottom of the pan.

Concerning the 10.3, the impression is quite different. The strength of the alcohol is there as soon as it enters the mouth, bringing with it the freshness announced by the nose. The peat which arrives a little later when in version 10.1 is more maritime (but there I reassure you). It will carry more lemony and woody tastes (as if an agricultural land by the sea and 1 year more in barrels changes a lot of things). Cereals are more present than in the first distillate but they are accompanied by a finish in the mouth closer to a light sweet fruit.

As we can expect (peat effect) the finish of these two whiskies will be rather long and close to each other.

In both cases the smoke and the marine freshness of the Port Charlotte bay remains in the nose, mouth and throat (you have just tasted two OCTOMORE anyway).

Nevertheless, in the case of the 10.1 I would say that the finish is accompanied by a sweetness of caramel while in the 10.3 we are more on dark chocolate a little less sweet and a little more spicy.

In both cases also, the empty glass (to our great despair) leaves a sweetness of cereal (as if it had been filled with barley grain concerto!).

So if I had to choose I would say that both are of course worth the detour. Either you're looking for a bit of warmth and want to taste your OCTOMORE by the fire in the Port Charlotte hotel, you'll choose the first, but if you want to taste it facing the sea from the top of the Octomore Farm (and have a bit more money), you'll opt for the second.

It is on this beautiful tasting that I leave my host and leave with my BRADPEAT further south, it seems that there are seals that are basking in the sun on the beach of Portnahaven! Another tasting spot for sure! but what an island!!