Our tasting journey will now take BRAD PEAT from the North Sea coast to the epicentre of the SPEYSIDE in DUFFTOWN (the whisky capital of the world). Today we are going to the artisanal distillery created in the 19th century by WILLIAM GRANT: THE BALVENIE.

I have an appointment there with a mysterious James "R" (for anonymity). He told me that although closed because of the confinement the distillery has mysteries to share. 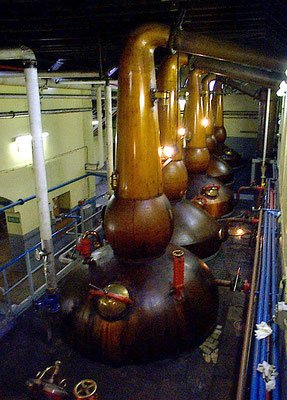 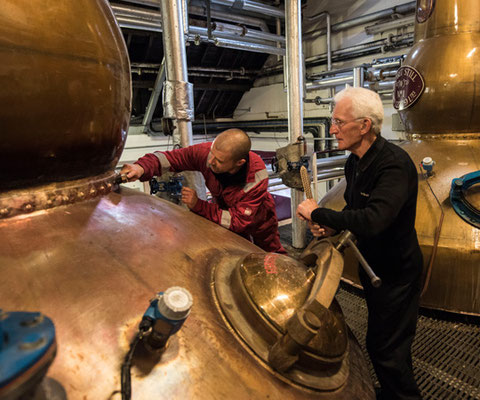 As the Distillery is closed (one day I'll be able to go there, yes one day I'll be able to go there when the damn virus is gone - editor's note), we won't see its malting areas (which have become quite rare since the advent of industrial malting), its still room and its "BALVENIE BALL" (doddering stills bodybuilt by the house boilermaker to bring roundness to the vapours). I will not see either the famous cellar n° 24 where David C. Stewart has been officiating for almost 50 years (now accompanied by his apprentice witch Kelsey McKechnie, we will come back to it).

No today James "R" has recovered the keys to the cooperage house where several renowned coopers and their apprentices usually officiate. Today there is no one around and the tasting will take place without the clatter of hammers. Why do you tell me? Well simply because we are going to make a comparison between two very special 12 year old whiskies where the cask is one of the keys to the difference: the well known DOUBLE WOOD and the new SWEET TOAST OF AMERICAN OAK.

As in any good cooperage, we are surrounded by tools and staves to remake ageing casks. Given the size of the pieces of wood, we have here, future quater-casks, barrels of bourbon, puncheon having formerly contained sherry. But it is on a barrel of bourbon whose rose was not completely finished that James put the bottles out of his bag.

The two bottles, recognizable by their bottlenecks reminiscent of the famous BALVENIE BALL, immediately mark their difference: the DOUBLE WOOD is adorned with beautiful amber-gold reflections, while the SWEET TOAST OF AMERICAN OAK shows a purer and more intense gold colour, closer to the standards.

Knowing that the basic distillate is the same and that the ageing base of these two whiskies is almost the same (12 years spent entirely or partially in American oak casks having contained bourbon - we will come back to this later -), where does this difference come from? We will see here all the art and teamwork of the THE BALVENIE family.

For the DOUBLE WOOD, the distillate begins its 12-year journey half in an old bourbon cask (180 l) and half in a hogshead American oak cask (240 l). Once the 12 years have passed the two distillates are blended for 3 months in an oak barrel. Finally, the liquid is transferred to a Spanish oak Sherry Oloroso cask (480 l) for 9 months! What a journey!

For the SWEET TOAST OF AMERICAN OAK, the journey is different: certainly the beginning of the adventure is the same (i.e. a long time in an old bourbon cask). Nevertheless the finish is different, because here there is no sherry but we stay in the United States. The BALVENIE Shock Team has decided (a priori on an idea of Kelsey McKechnie, the apprentice cellar master but shhh!) to bring prepared (and therefore burnt) virgin American oak barrels from the Kelvin Cooperage cooperage (in Louisville, Kentucky), to let them live dry for the 6 weeks that allow them to reach the North Sea coast by boat, then to turn them back (according to THE BALVENIE's own method). Once prepared, the distillate is aged there for a few months. This treatment, which brings in even more heat from the wood, allows the whisky to extract the maximum aroma from the cask and to give it even more fruity and vanilla flavours (we'll see!). 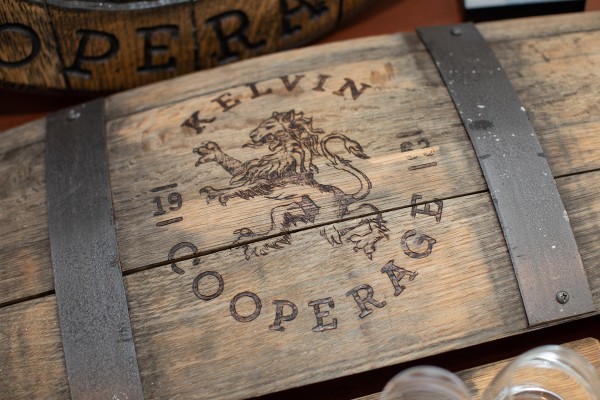 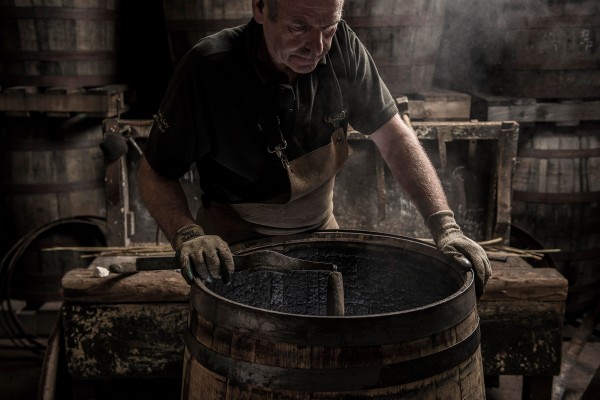 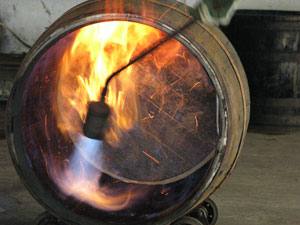 Of course the tasting will be quite different because like cabbages and carrots we do not compare completely the same thing, nevertheless it will allow us to measure the real impact of a cask on a common distillate.

Solemnly, James pours both whiskies in tasting glasses and suggests to start with the DOUBLE WOOD.

When the nose plunges into the glass of course the next thing that comes to mind is the fruity contribution of the sherry cask. A beautiful aroma of red fruit (raspberry or cherry) invades the nose. If you close your eyes you will also have the impression of opening a bar of 85% chocolate with slightly spicy cocoa aromas. The second time the nose passes, the smell becomes rounded and softened and will become pastry with a hint of vanilla and honey. Finally, on a third passage the nose will discover the return of light citrus fruit acidity.

Let's move on to the SWEET TOAST OF AMERICAN OAK. When you slide the nose into the glass you land in a straw fétu with a slight hint of malted barley (a much more pronounced hint when you slip a drop in the palm of your hand). Once back in the woody air of the cooperage, one discovers in a second passage fruits from the orchard like ripe pears. This smell becomes even rounder when you return to the glass for the third time with a sweet vanilla. However, at this stage a hint of cinnamon is detected.

James solemnly stands up and covers the silence of the cooperage with a theatrical "Slainte Mahth"!

Let's have a look!

In the mouth the DOUBLE WOOD is sweet. Its 40% makes its entrance like a black forest (pastry cream and when you bite into cherry). One finds immediately a vanilla sweetness and some la on the bottom of the tongue. After a few seconds the cherry becomes a little spicier and turns into a peppery taste.

When it is swallowed the sweetness and warmth remain in the mouth for a long time.

The pear on the nose becomes orange bringing more acidity but still, this hint of acidity is amplified by keeping it in the mouth; after a few seconds it drains off on the sides of the tongue leaving crumbs of sweet pie crust on the tongue. Then the pepper returns to the bottom of the tongue accompanied by cinnamon. The overall sensation is sweet and sour and is quite pleasant.

When you swallow it, imagine yourself chewing a cinnamon stick with a vanilla bean in it for a long time. The barley that made this whisky distillable will also remain in the mouth. This is what we call coming full circle: from barley to barley.

These two versions of 12 years old are quite different and show the marked impact of woodworking. As far as the DOUBLE WOOD is concerned, the proofs are not to be made anymore and we will stay on notes quite close to the usual sherry finish. As for the SWEET TOAST OF AMERICAN OAK, on the other hand, we can see that the double toasting of the barrels will soften the aromas and mark them more singularly.

Difficult to make a choice.

It is on this good moment spent in the empty cooperage of BALVENIA that I will have to continue on my way, maybe who knows for another whisky country (this is the advantage of virtual journeys of confinement).

I thus take leave of my host and give him an appointment for a real visit of the distillery when the virus will allow it.