I knew it...the charpentés brothers of Islay have Viking origins. Yes yes, I'm talking about MACKAY SMITH and DONALD MACKENZIE (the most French of Islay Scots and direct descendant of the clan of the same name) happy owners of the company ISLAY BOYS (also known as BOYS OF THE ISLES).

We are going to taste today their magnificent BARELEGS BATTLE AXE.

I had already made you taste, some time ago, their already famous BARELEGS SINGLE MALT (here), but before enjoying their magic peat, let's meet them again. One comes from Portnahaven (the paradise of nature and seals on Islay) and the other from Port Charlotte (one of the paradises of peat lovers).

And with names like MACKAY and MACKENZIE, they could only work in whisky. The urban legend of Islay says that they met on the Rhinns of Islay halfway between the two villages at a point whose latitude is 55.7° (like the degree of their new whisky!). 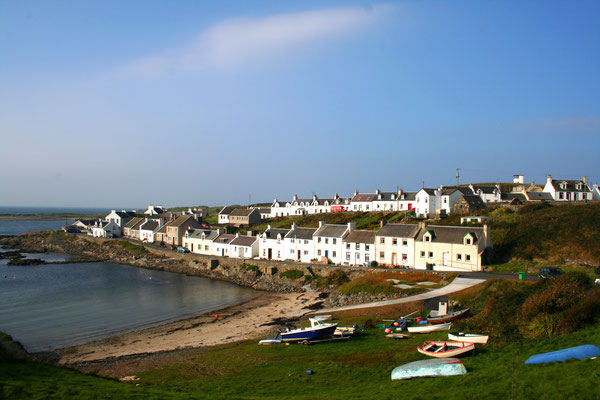 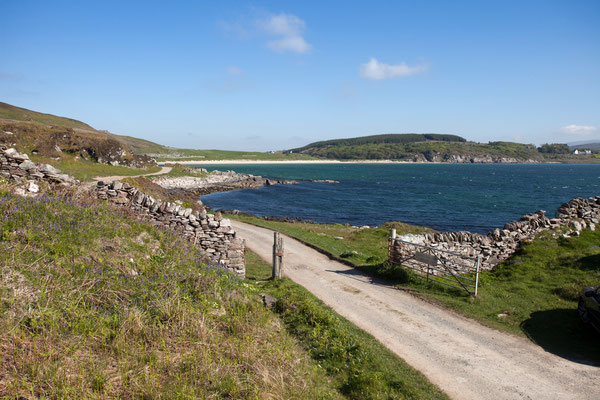 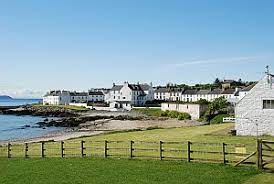 The two boys are also active in beer since they bought the brewery of the island ISLAY ALES: they gave their beer purely islay names: NERABUS (for the red rye), SALIGO (for the lager), FINLAGGAN (for their IPA), BLACK ROCK (for their STOUT) and BIG STRAND (for the lager). IF they don't like their island !

I knew about their Viking roots by knowing Donald (who is almost 2 meters tall -NDLR- ;) but mostly by the name of their whisky

- KETILL FLATNOSE. "Ketill flatnose" (you know the one who goes with Floki to Iceland in the series - you have to follow anyway - NDLR) was king of the Hebrides.

- BARELEGS MAGNUS III, "Barefoot Magnus", was king of Norway and simply settled on the island of Islay to watch over his new kingdom (and he was even one of the first Norwegians to wear kilts!). That's how much you learn from a taste of whiskey! The fact that our brave warrior was rather adept of the two-edged axe (the BATTLE AXE).

I know, I know, you will say he talks, he talks, but when will he taste his Barelegs? But you must admit that all of us are getting there and then when you will be in the evening tasting the BARELEGS BATTLE AXE to your friends (because that's how it should be tasted since it was made by friends!) you will have something to enthrall the audience!

And with the tasting as well...

So, this whisky, which has a beautiful golden color (that we can imagine coming from a bourbon cask without fuss) as obtained from the gold of the Vikings, is a treat for the peat lovers (I know I am not very biased but I liked it a lot).

If as for the other realizations of the Islay Boys, we don't know the origin of the distillate we can imagine that it comes from the east coast and the south of the island because of its citrus sweetness. What we do know is that with its 55.7% of alcohol, it is not a cask strength. Nevertheless, if it has been "reduced" to reach the degree corresponding to the latitude of the initial meeting (we have already talked about it), it gives it the side of brave whisky but the whole coated with sweetness (something we would not have had if our friends had met in Orkney -NDLR-)! Bravo !

From far, we will feel citrus fruits before the smoke. Nevertheless more we are going to approach more this last one mud of impatience to jump to your nose.

It is besides what arrives when you plunge frankly the nose in the glass. It is a pure peat of Islay, smoked and marine freshness (it misses only the smell of seals and we find ourselves projected on the Rhinns of Islay). And there, like a first blow of axe, spices (pepper) come to prick your nose.

At the second passage, the orange citrus fruits of the beginning are transformed into lemon and bring again a little freshness always on a cloud of cold tobacco smoke.

At the third passage the peat is still there, but the citrus fruits will give way to barley and a vanilla custard (cooked in a peat fire of course).

The peat lover, like yours truly, wants peat and he gets peat. A Mackenzie never lies!

Paradoxically, the water will exacerbate the spices and make the axe even sharper and more metallic and cold (a cold axe...I think I've said it all in this blog!).

Put a drop in your hand and you will feel the tires of my valiant BRAD PEAT heated by the miles parked in a barn: That's ISLAY!

Just before the whisky enters the mouth, it is as if preceded by the smell of peat smoke.

Once inside on the other hand it is mellow and sweet. It clearly gives off heat but brings with it a good dose of spices. These remain on the tongue when the palate is vanilla. Later the whole becomes honey and even more mellow. It finishes clearly on the sugar and a touch of lemon and always the smoke.

The addition of water turns it into a caramel with Espelette pepper.

The finish is long on licorice and smoke. The mouth keeps some after-effects of this passage because even if it is not directly out of the barrel, it still remains at 55,7 % of alcohol.

I don't know if one day I'll dry up my source of Islay history (I have many more in my warehouse - here), but it's not achievements like those of the ISLAY BOYS that will help me there!!! I love it!