How about a change of island?

I'm out of the organic and good NC'NEAN (here), I put my bike down, I get my good old BRAD PEAT and continue my tasting adventures towards the new generation distillery.

Today, I'm going on a trip to Ireland, the home of whiskey, to WATERFORD to let you taste their single malt whisky MICRO CUVEE VOYAGES EXTRAORDINAIRES.

BRAD PEAT is unfortunately not amphibious, and I have to take the ferry in Liverpool towards Ireland and Dublin.

Indeed, it's there that I'll go first, going back down to the south, to meet the debonair Seamus Duggan, farmer of his state. You will say to me but why not go directly to the distillery? Well, simply because it is farmers like Seamus, who are the essence of WATERFORD whiskies.

Arriving at the edge of a barley field, I find Seamus sitting on the bonnet of his harvester (it's high) watching his barley grow with a glass of single malt in his hand, if not a lover of his land. He tells me that he likes to meditate while watching his raw material grow while drinking what it will become after a few weeks.

Indeed, at WATERORD the principle is "simple" (although it was necessary to think about it). The farmer produces his barley and it is this and only this barley that will become a single malt after being malted, dried, ground and distilled at WATERFORD. This is what we call a SINGLE FARM ORIGIN WHISKY. For our dear Seamus (winner of the Barley Grower of the Year Award for his 2019 barley crop by the distillery), this will be LAKEFIELD: EDITION 1.1.

The distillery created by Mark Reynier (one of the former owners of BRUICHLADDICH anyway) is in fact a super -cooperative that (respects) and gathers almost a hundred farmers (40 per year but 97 since the first distillations in 2015) across the south of the country.

Why? Simply because in this great barley granary that is Ireland, there are different terroirs, climates and methods of growing barley. And in fact, the original taste of the barley will greatly contribute to the final taste of the whisky.

For example, in the LAKEFIELD FARM, Seamus grows sown, growing and harvest barley on limestone soil throughout the year, which once distilled, aged in different casks (ex bourbon, American oak, ex French red wine, port and marsala) and blended give the distillate he has in his hand today. At WATERFORD we call it the TEIREOIR.

As Seamus is only one example among many, he advises me to continue my journey southwards, but advises me to make a little trip to Kilkenny cathedral to understand a lot of things.

Once there, I meet a man and tell him about my research on Irish single malt and tell him that I am looking for a cathedral!

The man immediately understood my confusion and told me not to look for the beautiful Sainte Marie but rather for the Barley Cathedral built by WATERFORD. 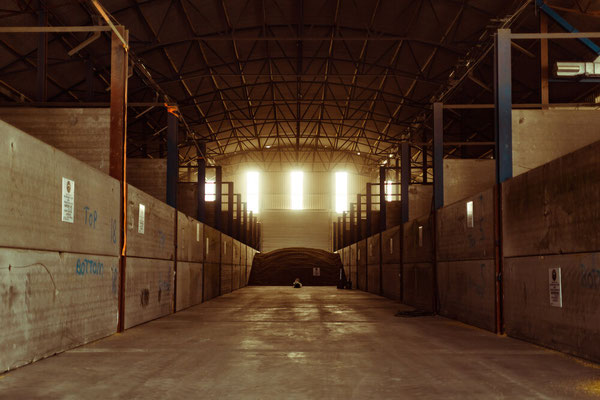 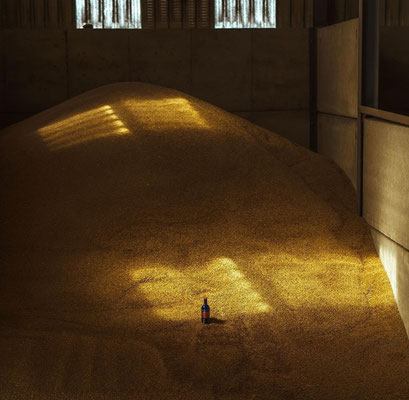 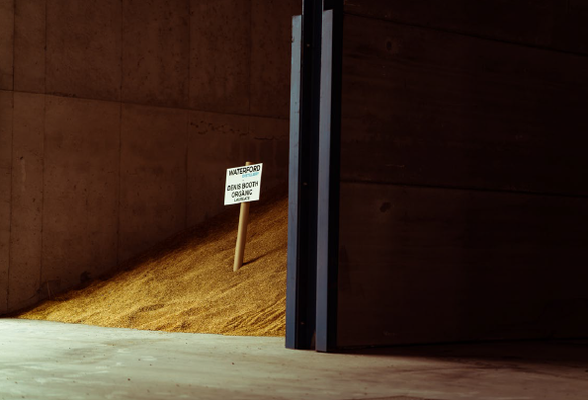 I go in front of this big building in the city and discover 40 alcoves each filled with about 100 tons of only organic or organic dynamic barley. A man loading one of the alcoves explains to me that this is the heart of the WATERFORD distillery's TEIREOIR. Indeed, it is in this place (the barley cathedral and the chapel next to it) that the barley coming from the 40 annual farms is stored individually and separately for several months before being sent to the MINCH malting plant and ending its journey in the distillery in Waterford. With this seamless traceability facility, WATERFORD knows which field the drop of distillate flowing from the still comes from! How's that for traceability?

Before tasting my whisky of the day, I continue my journey, which in the end is neither more nor less than the one from the field to the distillery.

After a little less than an hour's drive, I finally arrive at the end of my journey in the town of Waterford on the banks of the river SUIR not far from the St George's Canal (an arm of the North Sea which separates Ireland from Wales) in front of what in WATERFORD is called the FACILITATOR.

It is in this former GUINNESS brewery that Mark Reynier's baby is located. His high-tech FACILITATOR aims, always respecting the traceability of each farmer's work, to transform each farmer's malted barley into a distillate and let it age.

The WATERFORD distillery has fermentation tanks where the malted barley swims for long hours (120h), a unique slack filter (which allows to extract the maximum of mash for distillation) simply called the terroir extractor, and of course the two big stills which take advantage of good strains to produce a good distillate. 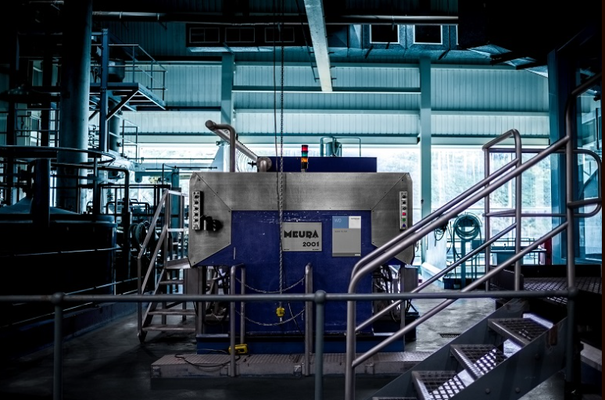 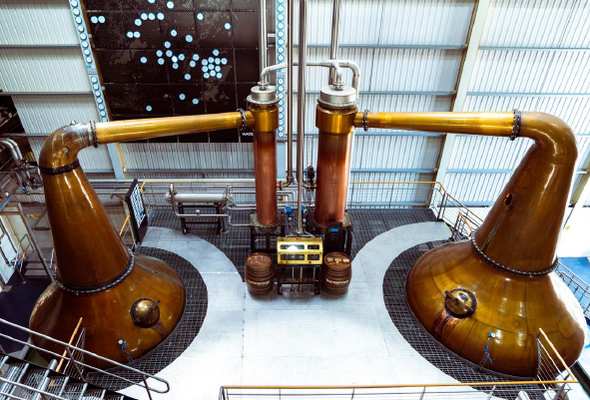 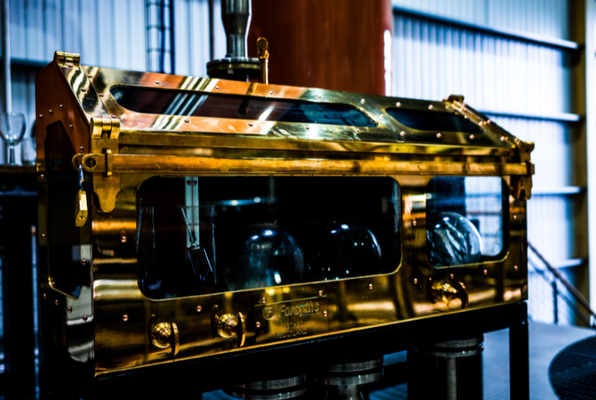 As of course, the new make, already very good, has to age before it is even better to taste, the FACILITATOR also offers to store the casks in what could also be called a cathedral: the WATERFORD warehouse. In this cathedral, American bourbon barrels, new American oak barrels, Port barrels and Marsala barrels are always stored by the farm (and upright). The aim here is to use the cask (or casks) that best match the farm's distillate.

The farm from A to Z...it will be difficult to do better. This is what Mark REYNIER, who already played the local production card at BRUICHLADDICH, wanted for his Irish distillery.

Moreover, in connection with his first experience in Islay (Scotland), the WATERFORD distillery does not produce whiskey (triple distillation as often in Ireland) but single malt in double distillation, Scottish style. We have here a WHISKY ! 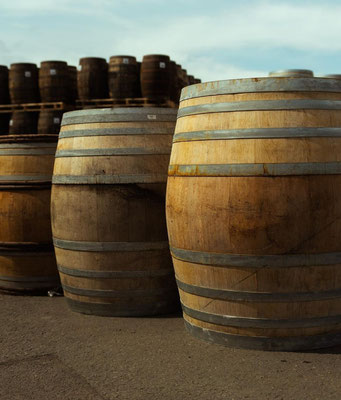 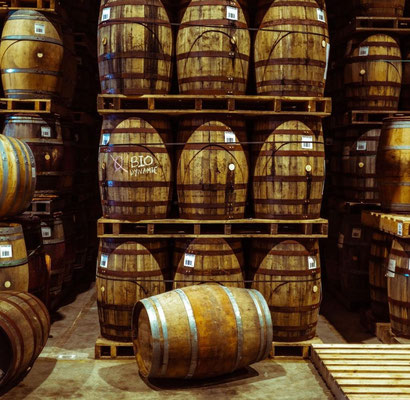 Today we are going to talk about the MICRO-CUVEE and we also talked about the SINGLE FARM ORIGIN (coming from one distillery from start to finish), but the distillery also offers an ARCADIAN SERIES and the CUVEES series.

Before tasting it, let's talk more specifically about our MICRO CUVEE VOYAGES EXTRAODINARY (like the one we just did in Ireland today) which came to complete the LOMHAR and the PIQUE NIQUE.

It is the fruit of only three distilleries in the south of Ireland: LAKEFIELD (from our friend Seamus), COOLAGH HOUSE and DONOUGHMORE, of the WATERFORD production cycle and of an ageing process of almost 3 years and a half multiple : Mostly French Bordeaux red wine barrels (Château Margaux), a minority of new and old bourbon barrels (from Wild Turkey, Seagram or Heaven Hill) and more marginally sweet wines from the south of France (Saint Martin), Portugal (Porto) or Italy (Marsala). The result is only 1000 bottles (that's what we call a "micro-cuvée").

In short, now that we know the approach of the WATERFORD distillery, the traceability of its production (go and have a look at their website in the TEIREOIR section with the code on the back of your bottle and you will be able to judge) and the quality of the distillates produced by Mark Reynier, we want to taste it? No ?

The MICRO CUVEE VOYAGES EXTRAODINAIRES is a rather pale gold colour with a disconcerting smell and complexity.

Very sweet and warm, the nose will give off a strong smell of vanilla, caramel and chocolate. It smells like caramelised rice pudding. It almost gives the impression of a maple syrup which is paradoxically accompanied by a more lemony smell. If you let your nose wander in the glass, the 50% alcohol will cause a short passage of spice.

On the second pass, the presence of malted barley is very clear. It is also accompanied by the smell of orchard fruits. We find ourselves on a pile of straw eating a ripe peach.

On the third pass, the smell becomes more vegetal and "greener", perhaps due to the young age of the distillate, and gives off spicy smells such as cloves or cardamom.

In the palm of the hand, it is first the alcohol that takes centre stage (all WATERFORD distillates are offered at 50% alcohol), but it quickly disappears to make way for a smell of bread dough

Before it even enters the mouth, when the liquid comes down from the glass, it will first give off aromas of caramel.

When it enters the mouth, the strength of the distillate (50%), it will first develop a certain freshness and a real barley taste. Then, the presence of pepper will be noted, lining the palate and filling the mouth. Gradually, the pepper fades to limit its presence to the cheeks and to leave the place to thick honey and the taste of a barley grain.

The finish will be more on the harsh and thick mellow side of the wine barrel (not or little felt until then) in the mouth and in the throat a freshness of liquorice stick and barley.

The unfortunately empty glass holds the smell of barley.

What an extraordinary journey!

I regretfully have to leave the south of Ireland and I will continue my journey in search of organic and local distillates. I'm going to go back to my beloved country because it seems that in Lorraine they also do local products.